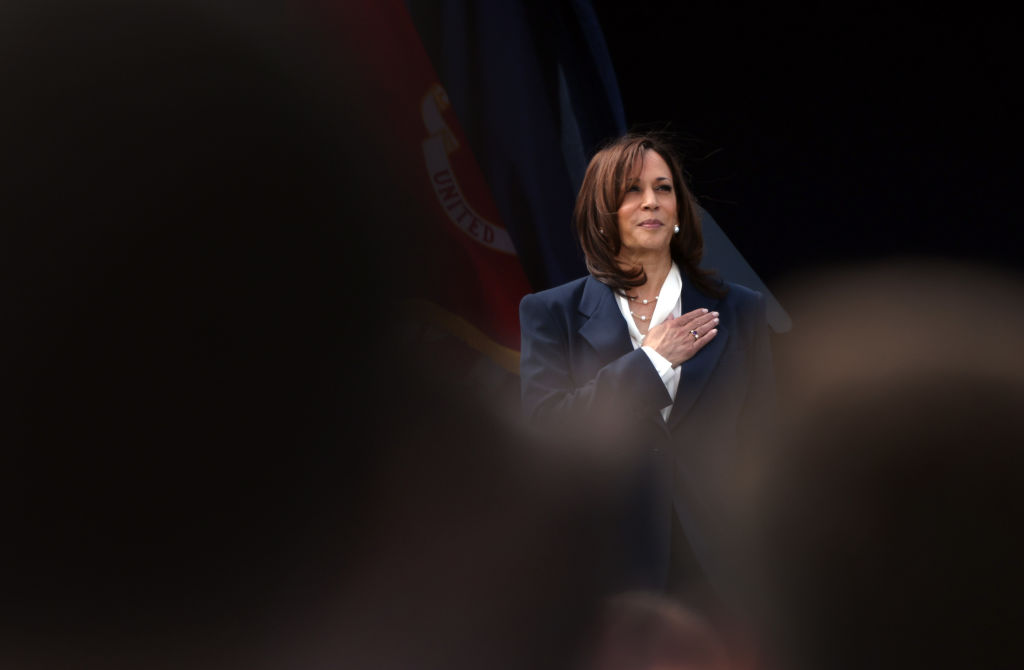 A fountain of some of the fakest outrage seemingly ever recorded has been overflowing on social media with unjustified hatred and criticism after Vice President Kamala Harris had the audacity to, gasp, offer some kind words to the American people ahead of Memorial Day.

Harris tweeted a photo of herself smiling Saturday along with the following four fateful words: “Enjoy the long weekend.”

Those taking her tweet at face value were likely also looking forward to what is for many people a day off from work on Monday, the day on which the annual Memorial Day holiday falls.

But for those looking to parse every single word and thought from the nation’s first Black vice president in a disingenuous effort to undermine her authority — this means you, Republicans — Harris’ tweet was inexplicably tantamount to treason.

Minority Leader of the House Kevin McCarthy was among the latter, tweeting Sunday morning that the Memorial Day holiday is “NOT just a long weekend.”

Not coincidentally, McCarthy is also against forming a commission to investigate what went wrong to allow the Jan. 6 insurrection at the Capitol, so there’s that, too.

How dare Harris suggest that anybody be able to “enjoy” anything about the “long weekend” meant to honor America’s fallen soldiers, dishonest conservative tweets openly wondered despite the lingering contradictory logic they were employing behind the flawed line of questioning.

Of course, the concept of Americans enjoying a long holiday weekend — especially with the promise of cookouts, BBQs and friends gathering as pandemic guidelines get loosened for fully vaccinated people — is far from unique. After all, just last year, President Donald Trump spent Memorial Day doing what he enjoys most: golfing.

And if you really want to dig a bit deeper, considering the true meaning behind Memorial Day, it was Trump — never Harris — who has routinely disrespected gold star families and even veterans. That included mocking John McCain for becoming a prisoner of war in Vietnam.

Trump famously called McCain, who was at that time a sitting Republican U.S Senator, a “loser” and made it a point to say while campaigning for the 2016 election that he didn’t like anyone who was a prisoner of war.

“He was a war hero because he was captured,” Trump said in 2015 during an appearance in Iowa. “I like people who weren’t captured.”

Trump wasn’t finished: “He lost and let us down. I’ve never liked him as much after that.”

And while that series of comments barely sparked a blip on the Republican outrage radar, fast-forward six years later and Trump’s most loyal followers are trying to make a big deal that the legitimately elected vice president of the United States told the American people to “enjoy the long weekend.”

Gauteng’s Makhura urges events to advertise vaccination whereas on marketing…

Oct 20, 2021
Prev Next 1 of 2,006
Donate
Subscribe to our newsletter
Sign up here to get the latest news, updates and special offers delivered directly to your inbox.
You can unsubscribe at any time