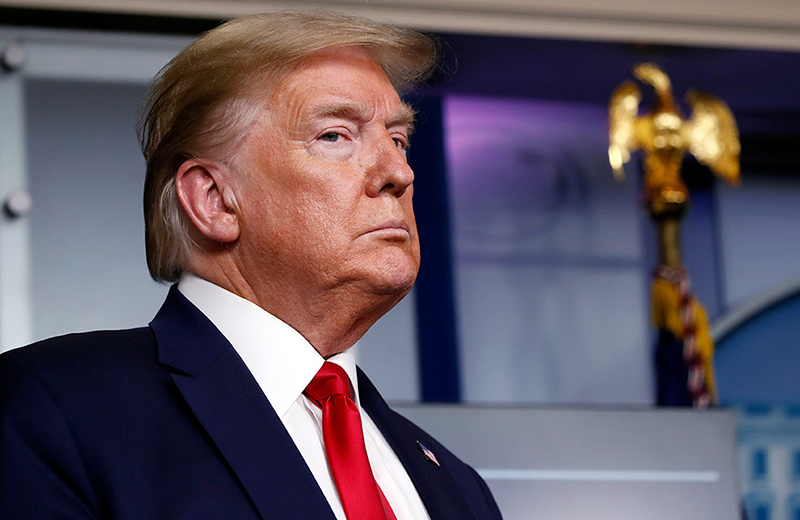 Former US President Donald Trump has filed lawsuits against Twitter, Facebook and Google, as well as each company’s chief executive.

The controversial former statesman is alleging that the companies in question all unlawfully silence conservative viewpoints, including his own.

Filed in US District Court in Miami, the lawsuits allege that the internet powerhouses violated the right to freedom of speech guaranteed by the US constitution via the First Amendment.

Trump is reportedly seeking class-action status for the lawsuits, meaning if approved he would be representing the interests of other users of Twitter, Facebook and Google’s YouTube who feel they are also being silenced on the platforms.

Three lawsuits have been filed all making similar allegations. One against Facebook’s CEO Mark Zuckerberg, one against Twitter and CEO Jack Dorsey, and one against Google (Alphabet Inc.) and its CEO Sundar Pichai.

“We will achieve a historic victory for American freedom and at the same time, freedom of speech,” Trump said at a news conference at his golf course in Bedminster, New Jersey.

Reuters reports that the lawsuits are asking a judge to invalidate Section 230 of the Communications Decency Act of the US, a law that provides websites with protection from liability over content posted by users. Trump is attacking Section 230, claiming that it has given internet giants too much legal protection and allows them to elude responsibility for their actions.

Legal professionals in the US are chiming in on the suits, saying that they are non-sensical.

“This complaint is hard to even make sense of,” said Paul Gowder, a professor of law at Northwestern University.

Trump, whose social media tirades during his presidency often became a focus for international media, lost his social media privileges this year after the companies in question said that he violated their policies against promoting and glorifying violence.

Hundreds of Trump supporters launched an assault on the US Capitol on 6 January after Trump maligned, falsely, in a speech that his election defeat was the result of widespread fraud. This assertion has since been rejected by multiple courts, state election officials and members of his own administration at the time. The US Capitol “raid” left several people dead, and more injured.

Zuri Well being goes stay in Senegal in partnership with…

Dec 9, 2021
Prev Next 1 of 2,892
Donate
Subscribe to our newsletter
Sign up here to get the latest news, updates and special offers delivered directly to your inbox.
You can unsubscribe at any time