If you’re an avid TikTok watcher, you may have come across the viral “chicken made from flour” videos that were circulating a few weeks back. However, there’s nothing new about this technique or recipe. The practice of making mock meat using vital wheat gluten can be traced as far back as the 6th century when Asian monks developed it as a substitute to meat. In this week’s video, I show you my attempt at making vegan “chicken” using this method.

What is vital wheat gluten?

Vital wheat gluten is made by hydrating wheat flour to activate the gluten. The starch is washed away and discarded and the gluten is retained. It is possible to make mock meat straightaway using the gluten obtained from this process. However, the gluten can also be dried and ground back into a flour. This flour can then be used to make seitan, but it has a bunch of other uses too. It’s great as a binder in plant-based burgers to stop them from falling apart. It can also be added to bread recipes to improve the chewiness and crumb texture of the loaf.

Where can you buy vital wheat gluten?

You can buy vital wheat gluten online or at most health shops (check the baking section).

Sounds weird when you say it out loud. We are not referring to the devil here, but rather the name for ‘wheat meat’ which originates from 6th century Asian cuisine. Seitan is made by mixing vital wheat gluten with water and spices to form a dough. This dough is then boiled, steamed or baked, causing it to develop a chewy meat-like texture.

There are tons of seitan recipes you can try, using a variety of spices and additional ingredients to achieve various textures and results. You may make a seitan sausage or seitan ‘shredded meat’ or seitan ‘chicken’, etc.

Are vital wheat gluten and seitan suitable for those with gluten intolerance?

As the name suggests, gluten is the main ingredient here so it is NOT suitable for celiacs or those with a gluten allergy.

Is seitan a healthy meat substitute?

On the plus side, seitan is high in protein, low in fat and a good source of selenium and iron. However, because of its highly processed nature, I wouldn’t recommend that you make this a staple part of your diet. It’s good as an occasional addition to your meals or for those times that you find yourself craving something with a meaty texture. Enjoy it as part of a balanced whole food plant-based diet. Other healthy and unprocessed meat substitutes include mushrooms, aubergine/garden egg, beans and jackfruit.

Combine the vital wheat gluten, garlic, paprika, bouillon powder, black pepper, salt and water in a large bowl. Mix until well combined, then knead for a couple of minutes in the bowl to form a dough. Please note, the dough will not be perfectly smooth as you might expect from a bread dough.

Stretch out the dough, twist it and tie into a knot.

Heat the sunflower oil in a frying pan and add the dough. Brown on both sides for about two to three minutes.

Pour in the vegetable stock and add the red onions. Cover and simmer on low heat for 45 minutes. Be sure to flip the seitan over halfway through the cooking time. If the stock dries up too quickly, you may add a little bit of water.

Once cooked, remove from the pan and leave to stand for 15 minutes. Shred, dice or slice the seitan. Why not add it to your red stew or egusi soup or efo riro? 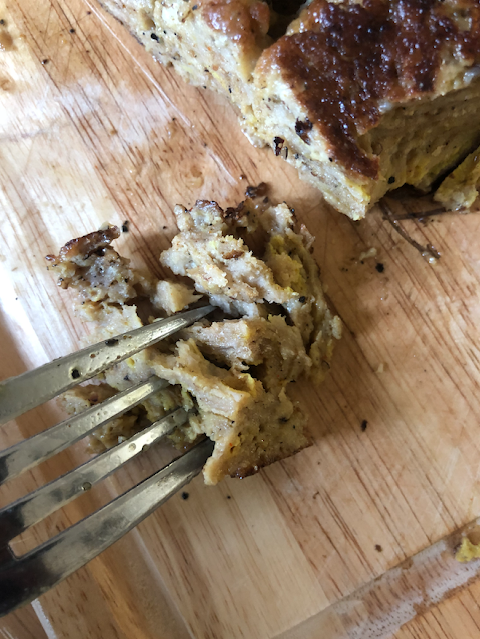 How To Start Being a Minimalist Today

Your dominant DELUSION determines the way you expertise "actuality" and the…