Sturgis took first place in the 100, running a time of 10.74 seconds, and first in the 200 with a personal best time of 22.12, the fourth-fastest time in NCAA history. Her 100 time was the fastest in NCAA history. She also ran the first leg of the 4×100-meter relay with Kamaya Debose-Epps, Jonah Ross and Symone Darius that placed third with a school-record time of 43.03. Now, Sturgis is headed to the Olympic trials at Hayward Field in Eugene, Oregon, ranking third in the world for the 100m and fourth in the world for the 200m. Sturgis currently holds the 11th-fastest time all time in the world for a woman in the 100 meters.

“This opened my eyes even more because there’s more opportunities ahead and my dreams are coming true,” said Sturgis. “I’ve been dreaming about this since high school, so now that it’s here it’s very exciting and overwhelming.”

The Aggies women’s team tied for fourth with Alabama, as the men came through with a third-place finish in the NCAA championships. While the Aggies men’s program was ranked as a top-5 finisher last indoor season, the Lady Aggies made history by besting their 15th-place finish in the 2019 outdoor championship. By placing in the top four, the women finished higher than any historically Black college and university (HBCU) program in NCAA Division I history. Much of that success is attributed to Sturgis’ leadership.

Sturgis also won the 100, 200 and was a member of the Aggies’ 4×100-meter relay team at the Mid-Eastern Athletic Conference track and field championships, where the N.C. A&T women won their third title in the last four seasons.

Sturgis’ running career began in Kannapolis, North Carolina, a small town near Charlotte, where “everybody knows everybody,” said Sturgis. Running is in Sturgis’ blood, and she has her father Darius to thank for it.

“He ran high school track,” Sturgis told •. “He was fast. He still has the record over there now to this day. He and I both have the records.”

Sturgis and her father hold track records at A.L. Brown High School. Her dad obtained his in the boys’ 200 in 1994. She earned hers in 2016 with a time of 11.5 in the girls’ 100 and 23.8 in the 200. Although Sturgis is the first in her family to run collegiate track, she never forgets where she came from and knows Kannapolis helped her first get out of the starting blocks.

“I ran in middle school and I did AAU,” said Sturgis, who has been running since her seventh grade summer. “That’s when I really started to peak out and started running fast and liking it.”

Her talents got noticed by coaches at Division I programs during her sophomore year in high school.

“I was actively recruiting Cambrea because I saw the talent she had,” said Duane Ross Sr., head coach of N.C. A&T’s men and women’s track programs. “I saw her at a track meet and I saw her run and I went to her coach and said, ‘That girl is going to be good. When it’s time for her to come to school, keep me in mind.’ ”

“Most of them only offered me two years,” said Sturgis. “My SAT scores weren’t as high as they wanted it, but Coach Ross was like, ‘Your SAT scores are fine and your grades are good. You’re in a good position coming in as an athlete.’ ”

Not only did Ross reassure Sturgis of her capability to be a successful student-athlete on scholarship, he provided her with the extra resources, such as help with summer school and making sure she got extra training instruction.

“I just had to convince her that this was the next place she would call home,” said Ross. “She made that decision and here we are.”

With the coronavirus pandemic shutting down athletes’ spring season in 2020, many have been compensated with an extra semester, which makes Sturgis a junior as a criminal justice major and a sophomore in eligibility. 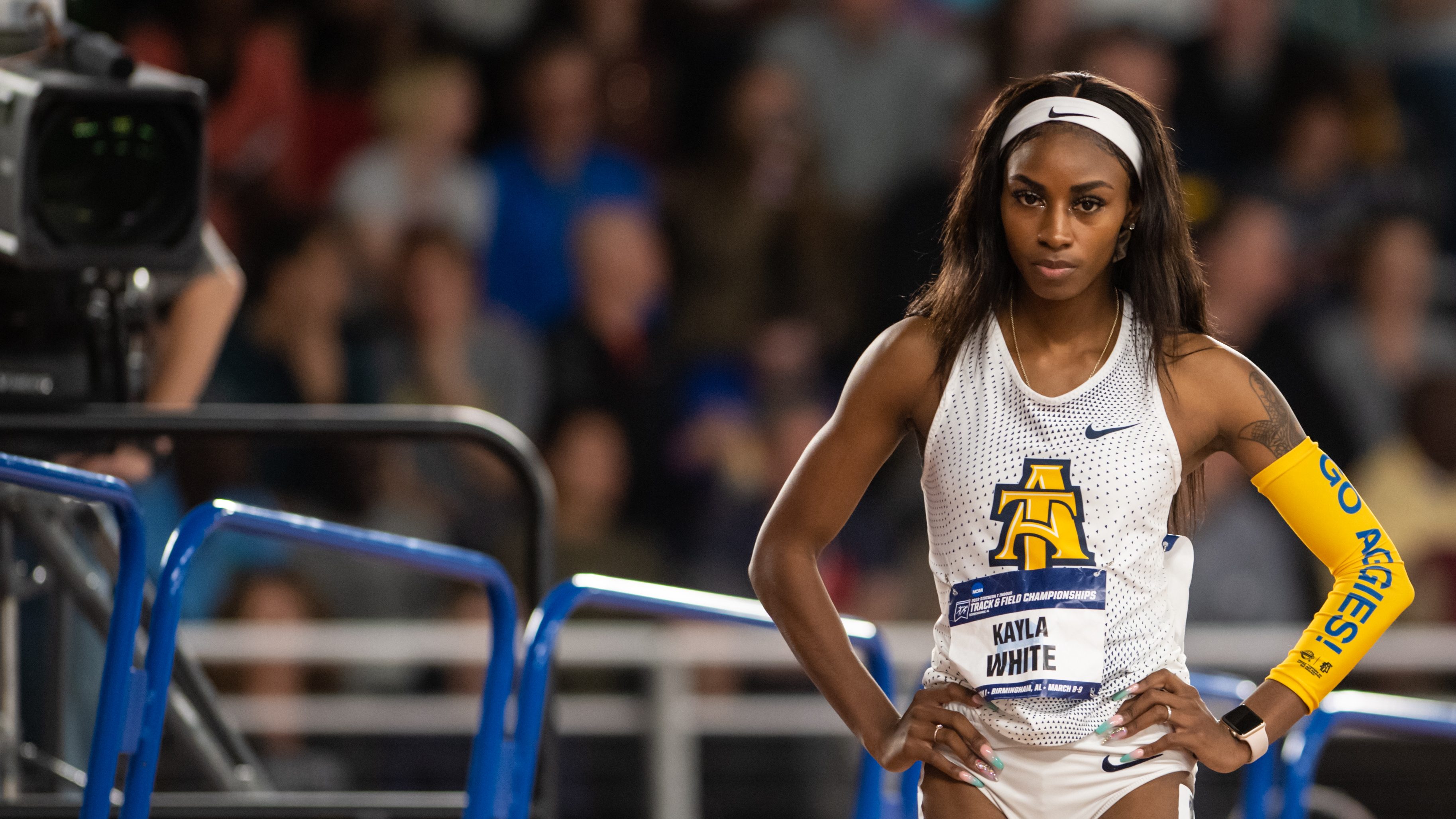 She said it was the preparation she started her freshman season with in 2019 that ultimately led to the time of 10.74 seconds in the NCAA 100-meter race that set a school record.

“I felt more ready than I did at the last nationals in 2019,” said Sturgis. “My freshman year coming in, I was learning the whole concept of track, my races and my block start. I was trying to get that down pat before I started focusing on running fast.”

Strurgis demonstrates her prowess not only by running fast, but by her demeanor. She focuses on running relaxed, and she displays her cheery disposition afterward when talking to reporters, officials and teammates.

“She is a great training partner,” said teammate and two-time All-American Debose-Epps, of Winston-Salem, North Carolina. “She pushes me every day at practice. Running beside her is like running beside any other elite athlete, you feel like you can do your best.”

Debose-Epps and Sturgis first became friends while competing against one another in high school track meets. They now have a close-knit friendship. Debose-Epps, who runs the second leg in the 4×100-meter relay, says the chemistry between the women on the relay and the team in general is dynamic.

“Every night before we run a relay, we go into one of our teammates’ room that’s on the 4×100 and we just sit and talk about how we want to execute. We just laugh and fantasize about how the 4×100 is going to go. We had fantasized about getting top three for NCAA’s,” said Debose-Epps. “We really wanted first, but top three is also good. For an HBCU to be on a podium, it was great. We executed our race.”

The history the Aggies are making is important not just for N.C. A&T but for all HBCUs.

“Hopefully what this does is open up the door for other coaches and institutions who are disregarded and not respected. I know we are the catalyst for a lot that is going on in the HBCU world right now, but it’s important for us as HBCUs and other institutions to challenge the world and say, ‘Use that acronym right,’ ” said Ross, who was named co-national men’s coach of the year by the U.S. Track and Field and Cross Country Coaches Association.

“They throw HBCU around like it’s a negative, like ‘A&T is the best track and field program despite being an HBCU,’ when it should be noted that we’re the best program because we are an HBCU.” 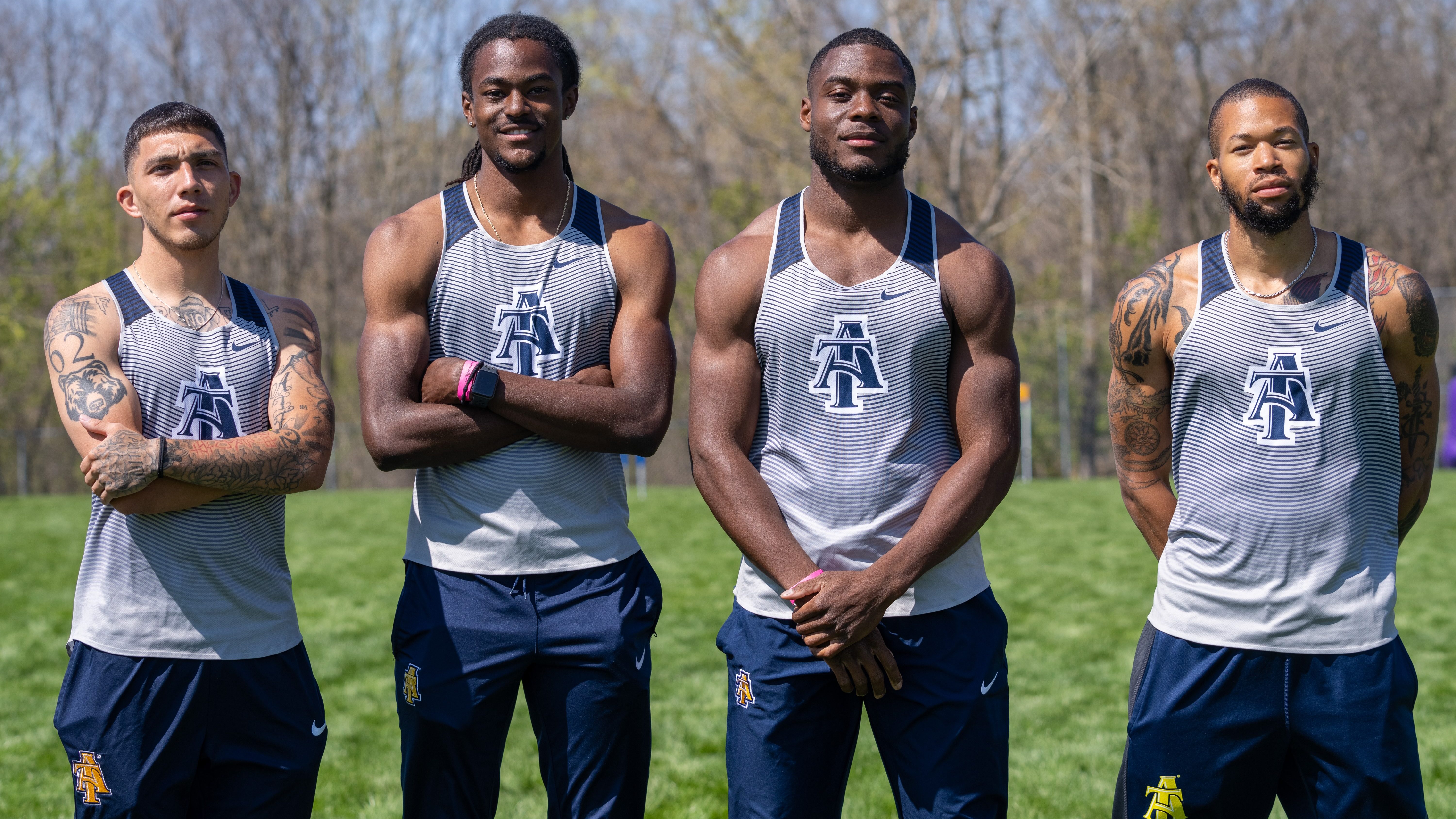 Besides Sturgis’ outstanding NCAA performance, the Aggies’ men showed up, breaking records of their own. Sophomore Randolph Ross Jr. now holds the world’s fastest time in the 400 this year and the third-fastest NCAA time of 43.85. Ross and senior Trevor Stewart will be with Sturgis in the Olympic trials and have potential to make the U.S. team.

A key to Sturgis’ success is her heeding Ross’ advice to be patient as she’s running, so that it can feel easier and faster.

“I never got what he was saying until this year outdoors when I started focusing on getting my knees down and standing 6 feet tall instead of 4-11 [her actual height],” said Sturgis.

The patience that has helped Sturgis win recent races is the same approach she’ll take in elevating her career to the next level. 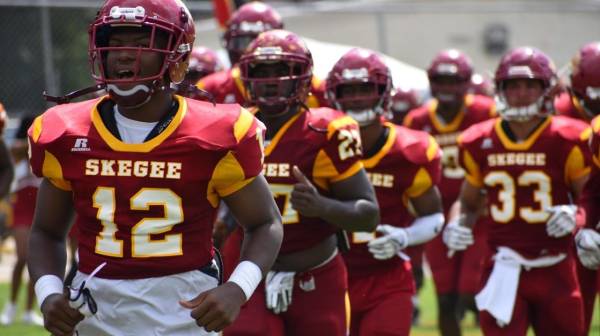 “I want to go pro,” said Sturgis. “But also, I’m not trying to rush it. When the time comes, the time comes. I still have a lot to learn and a lot to experience.”

BLACK REPUBLICAN BLOG: The Boy on the Beach

Sufficient with Will and Jada! There’s a petition to cease media interviewing the…

Dec 3, 2021
Prev Next 1 of 2,786
Donate
Subscribe to our newsletter
Sign up here to get the latest news, updates and special offers delivered directly to your inbox.
You can unsubscribe at any time