OAKLAND, Calif. – Nelson Mandela once famously said, “The world will not respect Africa until Nigeria earns that respect. The Black people of the world need Nigeria to be great as a source of pride and confidence.”

Nigeria’s national team is the only African team to qualify for the Olympics and may be the only representative at the Tokyo Olympics. Head coach Mike Brown hopes to rally his team, Nigeria and all of Africa with that motto.

“We want to get the country of Nigeria and the diaspora behind us, but just as importantly, we feel like we’re going to be representing all of Africa in this Olympics,” Brown told •. “There are a couple of other African teams that are going to have an opportunity to qualify, and we’ll see if it happens. But right now, we are one of eight teams that are in the Olympics, and there are only four spots left.

“So it’s going to be pretty competitive for the other African countries to try to make it to the Olympics. We look at ourselves as representing all of Africa, and we’ve taken on the quote from Nelson Mandela as our mantra for this coming Olympics.” 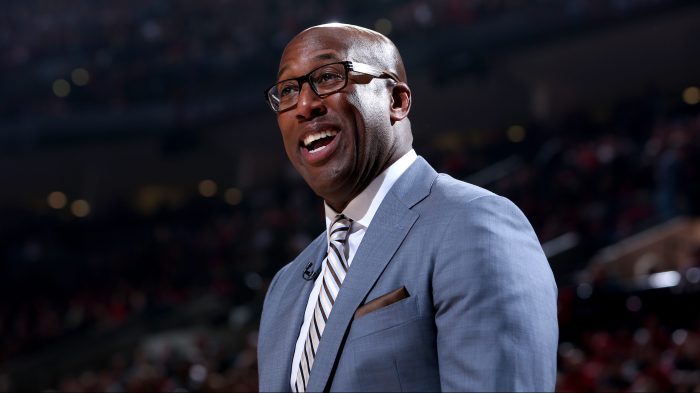 No African country has ever medaled in the Olympic Games in men’s basketball or advanced past the preliminary stage. Brown, who is also the Golden State Warriors associate head coach, believes Nigeria has the potential to make history.

“There are more players of Nigerian descent in the NBA than probably any other country besides the U.S.,” said Brown, who became Nigeria’s coach in February 2020. “And so the talent is there. It’s just about getting everybody organized and on the same page and getting everybody excited about playing and wanting to be a part. And so there are right around 10 or so guys in the NBA that are going to come and try out for the team. So looking forward to mixing some of that NBA talent with some very talented individuals that are playing professionally in Europe and abroad.”

Brown declined to divulge which NBA players are expected to be on the D’Tigers’ training camp roster. But sources say NBA players Al-Farouq Aminu, Chimezie Metu, Josh Okogie, Jahlil Okafor, Wes Iwundu, and Monte Morris, who is expected to be added as a roster exemption, will be there.

The Nigeria Basketball Federation’s men’s team will train in Oakland, California, and play exhibition games in Las Vegas to prepare for the Olympics. Brown said the team is training in the U.S. in large part because of the quarantine processes the NBA players would have to go through if they entered other countries.

Brown will lead the training camp at the Warriors’ old practice facility in downtown Oakland. The Nigerian coaching staff arrived on June 17 and will consider about 35 players before deciding on 12 for the Olympics. They are hosting an invitation-only camp from June 20 to June 23 including players currently in college, in the G League and internationally. Sources said it could also include former NBA players Emeka Okafor, Festus Ezeli and Ben Uzoh. Current NBA players are expected to join Nigeria’s training camp on June 27.

Nigeria will play exhibition games in Las Vegas against the USA on July 10, Argentina on July 12 and Australia on July 13. Then it will return to Oakland for more training before departing to Japan on July 19.

Brown coached the Nigerian team in Kigali, Rwanda, Nov. 27-29, and hopes to make his first trip to Nigeria after the Olympics if the pandemic has subsided. Regardless of what happens for the D’Tigers in the Olympics, Brown is excited and honored by the opportunity.

“The experience is something that I’m definitely looking forward to because not many people can say they had a chance to be a part of the Olympic Games,” said Brown. “I don’t care what sport. Obviously, playing and coaching basketball even brings it to another level. So to be able to say, ‘Hey, I was a head coach in the Olympics,’ during this time, it’s exciting. And to be the head coach of Nigeria, I’ve become really passionate about it. I’ve become really passionate about trying to grow the game of basketball in Nigeria in the right way.

“And I just know that there’s a ton of potential there, a ton of potential. And to help to try to get organized and get it prepared to perform at the highest level, is something that really drives me in trying to make this experience fantastic for all the players that are coming to be a part of it. That’s what this thing is all about.”

Brown says the delay in the Tokyo Olympics due to the coronavirus pandemic gave him more time to immerse himself in the Nigerian program. The former Los Angeles Lakers and Cleveland Cavaliers coach, who said no NBA team with a coaching vacancy has asked to interview him this offseason, has spent most of his free time preparing for the Olympics. Brown credits the Warriors for not only being accommodating to the Nigerian national team, but also helping him with his preparation. He added that Nigeria Basketball Federation president Ahmadu Musa Kida and the organization have done a great job in giving him what is needed on and off the court.

“It starts with the president, Musa Kida. Just listening to him explain his vision was something that got me extremely excited. And he does have a great feel of the direction that this program needs to go,” Brown said.

Naismith Memorial Basketball Hall of Famer Hakeem Olajuwon, UFC champion Kamaru Usman, UFC fighter Kennedy Nzechukwu and actress-comedian Yvonne Orji are among the celebrities who have offered support for the national team. The hope for the Nigeria Basketball Federation is that celebrity support will help bring needed funding.

“The diaspora around the world for Nigerian people is huge,” Brown said. “There’s Nigerian people all over the place. And a lot of them are extremely successful and influential. And so to try to bring that community together with the country of Nigeria is something that we were trying desperately to do, because we feel like that energy can really give us a boost going into the Olympics.”

‘Another Act’: Loretta Devine talks about her new film ‘Queen Bees’ and the key to her longevity Also, she discusses her role in ‘P-Valley’ on Starz and why it’s never too late to live your dreams

Lentils in the Style of Ewa Riro (Nigerian Stewed Beans)