Eugene Chung has been dealing with racism his entire football career. Fans yelled, “Go home, g—, you don’t belong here,” when he took the field at Oakton High School in Fairfax County, Virginia. Opposing players and coaches would make comments and snicker because there was a Korean player on the field. The jokes would come from his own coaching staff, too.

One coach told Chung he was never going to gain weight eating with chopsticks. Another high school coach once told him there was no way he would ever play Division I football because he was “Oriental.”

“The list goes on,” said Chung. “I could sit here and write a whole novel about it.”

These experiences followed him to the pros. Chung has spent parts of the past three decades in the NFL as a player and an assistant coach, winning a Super Bowl in Philadelphia in 2013 as the team’s assistant offensive line coach. Participating on an Asian American sports panel last week, Chung revealed he was recently told he was “not the right minority” while interviewing for an NFL coaching job this offseason. The league issued a statement earlier this week saying it would conduct an investigation into Chung’s claims.

“There wasn’t any type of agenda,” Chung said of his revelation. “I was just sharing my experience. We’ve always been this silent minority and I’ve been told many times that I’m not a minority. It just kind of makes me say, ‘OK, so that’s how I’m viewed.’ ”

It brings back personal memories from decades ago.

As the only Korean kid at his school in the 1970s, Chung realized he was an outsider in kindergarten. He remembers his classmates saying racist and ignorant things to him as early as elementary school. He once told his elementary school teacher about it, but was simply told to sit down.

“I experienced these same things 40 years ago and it’s still happening today,” Chung said. “Nothing has changed, and that’s very sad. I don’t know which way our society is going.”

As a father of four kids and someone who has witnessed the surge in Asian hate crimes across the country in recent months, the former NFL tackle is starting on the path to figure out how to use his voice and amplify his personal experiences to the public.

Chung grew up as the third oldest of four brothers in McLean, Virginia. He played the piano and planned to attend law school, following the path of his parents, who both immigrated from Korea and met in the United States. His father, Choon, was a lawyer. His mother, Mansook, who died when Chung was 11, was a concert pianist and music teacher.

But while both of his older brothers went into law and also became concert performers, Chung stopped taking piano lessons and took up football. A growth spurt in eighth grade had morphed him into a 6-foot, 180-pound freshman lineman at Oakton. By his junior season, he was being recruited by colleges.

The imposing physical stature also meant Chung started to take matters into his own hands when the racial comments crossed the line on school buses or in the classroom.

The derogatory comments he faced in high school motivated him to become one of the best college offensive linemen at Virginia Tech. By his sophomore season, Chung was dominating against defensive ends and tackles who became NFL draft picks.

In Korea, the Seoul Broadcasting System sent a reporter and camera crew to document Chung’s senior season at Virginia Tech. Several Korean newspapers in the Washington area profiled him, to the delight of his father, who didn’t understand football but saw its benefits when college coaches started offering scholarships during the recruiting process.

“He said, ‘This is the greatest sport on earth,’ ” Chung recalled, laughing. “His whole mindset changed.”

In 1992, Chung became the first Korean American to be taken in the first round of the NFL draft, selected 13th overall by Bill Parcells and the New England Patriots. The only other Korean American NFL player to date had been John Lee, a place-kicker who appeared in 11 games with the St. Louis Cardinals in 1986. 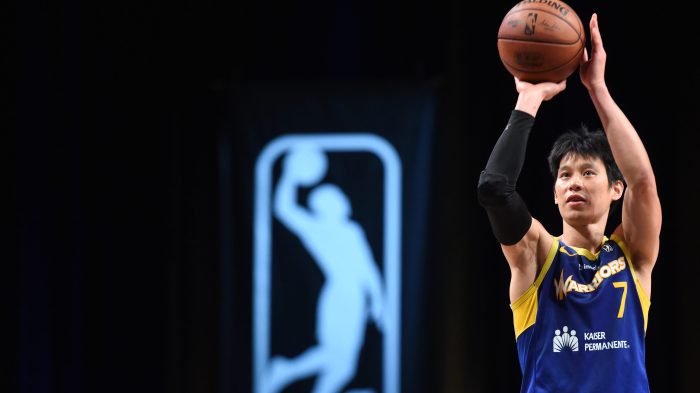 Chung celebrated this career milestone with his family, but his father didn’t get a chance to watch his son take the field as an NFL pro.

When the Patriots were scrimmaging against the New York Giants in New Haven, Connecticut, before the regular season in 1992, Choon was supposed to drive to see his son play in person, but he never made it. Chung saw an emergency message on his phone after the scrimmage, called home and received the devastating news. His father had died from a heart attack.

Chung said his rookie season was stressful. As he coped with the loss of his parents, Chung’s brothers became his support system. He also drew strength from remembering the sacrifices his father made in Korea.

“I thought about how he walked 20 miles to school during a time when the country was being invaded,” Chung said. “I kept reminding myself, ‘This isn’t too bad.’ ”

Choon had shown his son the 20-mile walk he took every day to school from his hometown of Taegu on a trip to Korea shortly after the 1988 Summer Games in Seoul.

“There was never a time in my life,” he said, “when I wished I was like the other kids.”

There are plenty of experiences Chung wants to share about being a Korean American in the NFL.

He points to lifelong friendships with people such as then-Philadelphia Eagles coach Andy Reid, who gave Chung a coaching internship in Philadelphia in 2010. Chung, who retired as a player in 2000 at the age of 31 after injuries piled up, said Reid took a personal interest in understanding the nuances of Korean culture.

Chung remembers teaching his teammates about Korean culture, too, explaining the traditional customs of respect, such as taking your shoes off at the door and covering your mouth when you drank around elders. Chung also introduced them to taekwondo and took other players to Korean restaurants on the road, where they fell in love with bulgogi.

Unfortunately, his time in the NFL also included more experiences with racism.

“I had coaches making comments thinking they were funny,” Chung said. “I would be like, ‘Is that funny? Help me understand that.’ ”

But Chung, who last coached in the NFL in 2019 and is currently considering coaching positions at the collegiate level and overseas, would prefer to move forward. He wants to be more vocal in the Asian community.

“I’ve been reflecting on the platform that I have and how I can use it,” he said. “I’ve been silent for far too long. I want to motivate and mentor youths that don’t feel like they’re getting a fair shot.” 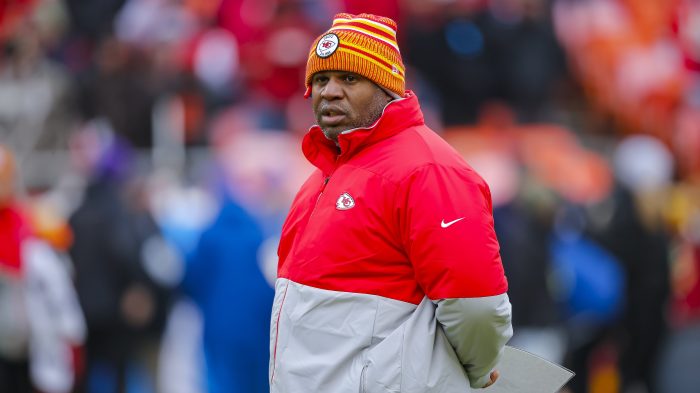 So much for progress on inclusive hiring in the NFLRead now

After holding these experiences to himself and his inner circle, the recent events have made Chung reevaluate how he can use his position as a former NFL player and coach to amplify his voice and help raise awareness.

Chung understands these problems have persisted for generations. He remembers having conversations with his father about race growing up.

“My father said, ‘Look, you live in this country. You are a minority. You are different from everyone else, and no one is going to do anything about it,’ ” he recalled. “He was right.”

Chung passed on the same message to his oldest son Kyle, who started playing football when he was 10 and spent six years at Virginia Tech (including two redshirt seasons due to injury) before a brief pro career in Germany.

“We need to get this message beyond just our own networks,” said Chung, who currently lives in Fort Myers, Florida. “We need to explain what’s going on and for other people to understand that just because people aren’t up in arms about it doesn’t mean it’s OK.”

He thinks about his two youngest kids, who are 3 and 5. He wonders what their experiences will be like, especially with the recent surge in violence toward Asians.

“I don’t know what’s going to happen when they go to school,” Chung said. “All it takes is one ignorant person to change someone’s life permanently.”

The increase in hate crimes across the country has made him take a step back to not only process his own experiences but to search for the answers that have felt so elusive throughout his life. 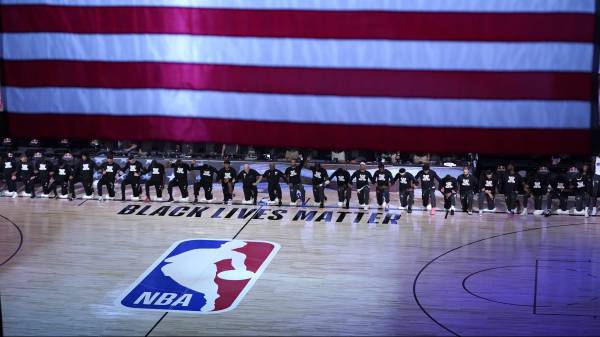 Has the sports world forgotten about the impact of George Floyd’s death? Read now

“A lot of people aren’t willing to step outside their comfort zone for the benefit of people other than themselves,” Chung said. “How do we break the cycle? That’s the real question right there.”

Alex Wong is a freelance writer based in Toronto. He writes for Yahoo Canada Sports, GQ, The New York Times, SLAM, and other places.