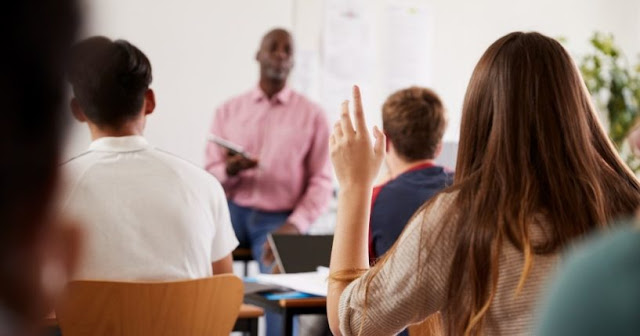 The Georgia Board of Education last week
adopted a resolution that firmly establishes that neither the State of Georgia
nor the United States of America is inherently racist and that teachers ought
not to peddle this nonsense to their young charges (in so many words).

While the resolution does not explicitly mention the words “critical race theory ” — the ideology that makes the
assertions that our system is inextricably linked to racism and which
conveniently dismisses any dissenting views as further evidence of racism — it
is clearly a response to the growing prominence of this radical notion in
public and private schools alike across the nation.

This comes after Republican Gov. Brian Kemp urged the board last month to take
“immediate steps to ensure that critical race theory and its dangerous ideology
do not take root in our state standards and curriculum” as the ideology is
being challenged in public schools around the state, including Atlanta Public
Schools, the Atlanta Journal-Constitution reported.

Of course, critics of the resolution and the
two board members who dissented in the 11-2 vote, who are both black, claim it
will discourage discussions on racism and our nation’s legacy of slavery in the classroom.

The Journal-Constitution noted that the
resolution’s language came in large part from a model resolution called “The Partisanship Out of Civics Act,” a model for state
legislation that was crafted by a senior fellow from the conservative Ethics
and Public Policy Center and addresses common objections to critical race
theory from conservative entities such as the Heritage Foundation.

The resolution asserts that “all public
educational systems of the State of Georgia operate on the principle that all
teachers, administrators, other employees, and students in the respective
educational system are, and are to be treated as, individuals endowed with
equal inalienable rights, without respect to race or sex.”

It goes on to state that “concepts that
impute fault, blame, a tendency to oppress others, or the need to feel guilt or
anguish to persons solely because of their race or sex violate the
premises of individual rights,  equal opportunity,  and
individual merit underpinning our constitutional republic, and therefore have
no place in training for teachers, administrators, or other employees” of
Georgia’s public school system. (Emphasis added.)

That’s a blunt truth about discussions of
race in the United States. And it’s a fundamental truth about the country’s
education.

While critical race theory arguably began to
gain its current level of attention with The New York Times’ 1619 Project in 2019, last year’s George Floyd
protests and resurgence of the Black Lives Matter movement have also brought it
to the center of the culture war.

Everyone from celebrities to athletes to politicians has been
weighing in and both proponents and critics of the radical ideology have been
growing louder by the day.

Naturally, the Journal-Constitution was sure
to highlight objections to the Board of Education’s resolution, noting that
supporters view it as “eliminating a broad-brush treatment of people based on
skin color” while critics “see it as a whitewash of racism.”

“I absolutely am proud to be a Georgian and,
no, I do not believe that racism exists across the entire state,” said Tracey
Pendley, an Atlanta Public School teacher and the state’s teacher of the year
who recently became a non-voting member of the board, according to the
Journal-Constitution.

However, she added that “to categorically
state and declare that we’re not a racist state flies in the face of all the
research that I’ve been taught and that I’ve looked at.” The newspaper noted
that Pendley is white.

Kenneth Mason, who is one of the board’s
three black members and one of the two members who voted against the
resolution, said that it tells those who have experienced racism that “you
should and will be silenced,” according to the Journal-Constitution.

While the board hopes the resolution will
lend itself to subsequent policy decisions, it is not itself in any way binding
for Georgia’s public schools, the Journal-Constitution reported.

If it were, however, University of Georgia
law professor Hillel Y. Levin told the newspaper it could be difficult to
enforce, such as a passage denouncing the teaching of ideology that could cause
someone to “feel discomfort, guilt, anguish, or any other form of psychological
distress” due to the color of their skin or gender.

“I don’t really know exactly what that means
because who knows what a student is going to think?” Levin said.

It’s fair enough to address concerns that it
might be difficult to enforce how a teacher might make a student feel. In fact,
this is a major issue with critical race theory itself which, as we have seen when it has been implemented in
schools, often seeks to stifle the expression of dissent on the sole basis that
it might make certain students feel threatened or attacked.

However, as the resolution stated, the ideas
put forth by critical race theory “violate the premises of individual rights,
equal opportunity, and individual merit underpinning our constitutional
republic.”

A public school system that teaches ideology
that directly opposes the very government structure that supports it is nothing
more than tax-funded self-sabotage of our Constitution and the rights it was designed to
protect.

The system is not the problem — violating its
premises with indoctrination that dismisses all critique as “racist” in the
branch of our system meant to educate future voters and leaders alike is.

The entire purpose of the public schools is —
or at least, ought to be — to raise up future generations of informed, educated
citizens.

This by necessity must include education on
our nation’s history as well as the intellectual tools necessary to have fair,
honest, and rigorous discussions on a broad range of philosophical and
ideological ideas.

The entire premise of critical race theory argues that the whole canon of
the Western, liberal thought that allows for fair, honest, and intellectually
rigorous discussions is inherently racist.

This simply cannot coexist with
American-style education, and it is completely dishonest to suggest it is the
only means through which honest conversations can be had about race in America.

Critical race theory preaches the uncritical acceptance
of an inherently racist theory: That “whiteness” is inseparable from oppression and that white
people must repent on the altar of its premise if they ever hope to begin their
journey on the path towards racial reconciliation.

Bravo for Georgia’s Board of Education for
drawing a very clear line in the sand as to what is acceptable in state-funded
American educational institutions. Let’s hope this catches on nationally and
this divisive, racist ideology only makes an appearance in public schools only
when students and teachers have the full freedom to teach and discuss it
honestly — and critically.

Yale Lecturer: I’ve Dreamed About Unloading a Revolver Into Any White Person Who Gets in My Way

ATM resubmits request for no confidence movement in opposition to Ramaphosa