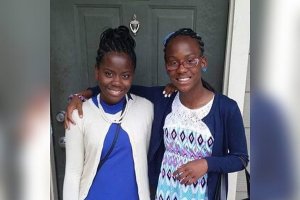 A former astronaut was only sentenced to four years in jail on Thursday after pleading guilty to two manslaughter and two assault charges resulting from a DUI incident that claimed the lives of two young Black girls in Alabama five years ago.

James Halsell Jr., 64, faced a maximum of 20 years for each manslaughter charge and 10 years for each assault charge after he struck a vehicle that contained two sisters, Niomi James, 11, and Jayla Parler, 13, off of Highway 82 in Tuscaloosa County on June 6, 2016.

The two were ejected from the car while Halsell was driving 100 mph on the road after downing a bottle of wine and taking sleeping pills. Niomi was immediately killed, while Jayla died later at a local hospital.

Halsell’s lawyers argued that the sleeping medication resulted in their clients’ discombobulation, refuting law enforcement claims that speed and alcohol were also a factor.

Jayla and Niomi’s parents were rightfully devastated as the crash occurred moments away from the family home.

Incredulously Halsell was on probation at the time of the accident after he was previously arrested and found guilty of driving under the influence. If he violates his probation in this instance he could face up to 16 years in prison.

But the judge’s decision to provide Halsell with a lenient punishment also compounds the weight of the family’s immeasurable loss. A series of delays due to COVID-19, the loss of a defense lawyer’s father, and evidence delays pushed the hearing back. The family believes that Halsell was allowed time to settle his familial affairs prior to being sent to prison.

“It wasn’t justice,” said the girls’ mother Latrice Parler, according to the Atlanta Journal-Constitution.

“My daughters were amazing, beautiful, smart, strong little girls that could have been anything in this world if they had the opportunity to grow up, but that was taken from me and all of everyone else in this world,” she continued.

“The one thing I do remember the most is them telling me they love me before they went to sleep,” said Pernell James, the girls’ father in an interview with CBS 42.

James was driving the vehicle when it was struck by Halsell who was reportedly on his way to pick up his son in Louisiana before he turned on the wrong highway. “They said, ‘dad, we’re tired’ and they laid down. That’s the last thing they said to me.”

‘What A Bunch Of B.S’: Family Of 5-Year-Old Critically Injured In Britt Reid’s DWI Crash Scoffs At Charges

‘Ariel Is Awake’: 5-Year-Old Injured In Britt Reid’s ‘DUI’ Comes Out Of Her Coma