Down for the count? Giannis is embracing taunts at the free throw line — •

That is the familiar chant Giannis Antetokounmpo has heard throughout the NBA playoffs whenever he goes to the free throw line, as opposing crowds are targeting the two-time NBA MVP for abusing the league’s 10-second rule. The loud count has become so popular it has traveled from Miami; Brooklyn, New York; Atlanta; and now Phoenix in the 2021 NBA Finals.

“Of course, 20,000 people yelling, ‘One, two, three, four,’ you notice that,” Antetokounmpo said with a laugh following Game 1 of the Finals at Phoenix Suns Arena.

Antetokounmpo was back in action for the first time after missing Games 5 and 6 of the Eastern Conference finals against the Atlanta Hawks with a hyperextended left knee. He had 20 points, 17 rebounds and four assists in the Milwaukee Bucks’ 118-105 loss to the Phoenix Suns in Game 1, becoming the sixth NBA player, including Suns center Deandre Ayton on Tuesday night, to have 20 points and 15 rebounds in their Finals debut since the 1976-77 NBA-ABA merger.

But the statistic of note to Suns fans is that Antetokounmpo missed five of 12 free throws in Game 1 as well. He has the fourth-worst free throw percentage of the postseason at 54.1%. 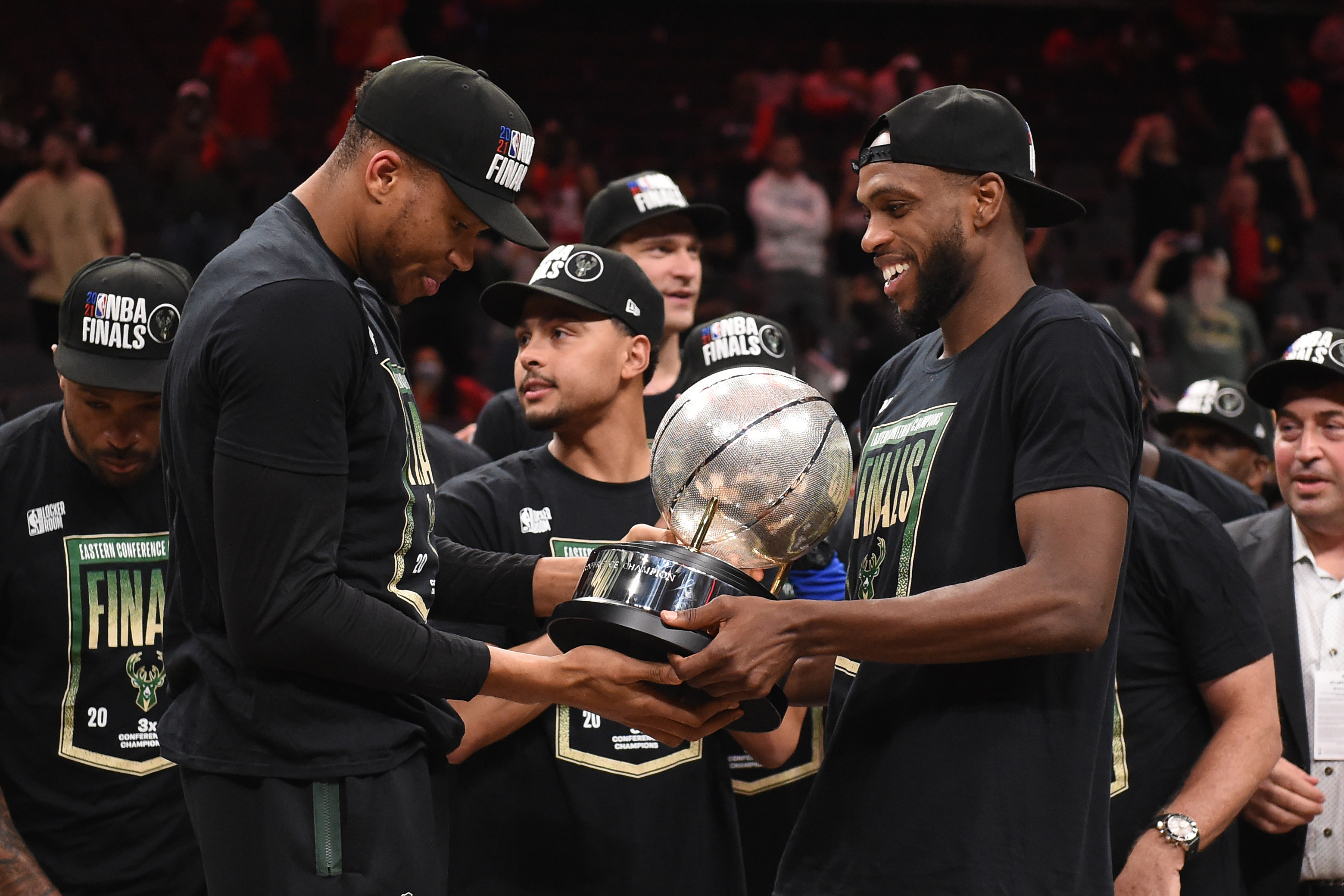 From #Bucksin6 to winning in six: The Bucks’ path to the NBA FinalsRead now

“No, it hasn’t come to an end, and I think it’s something that’s going to follow me for the rest of my career,” Antetokounmpo said. “So, I’ve just got to embrace it and have fun with it.”

Antetokounmpo has not shot better than 77% from the free throw line in any season of his eight-year NBA career. The free throw hazing began in 2019 during the Eastern Conference finals with rapper Drake and Toronto Raptors fans going crazy in hopes of affecting him. After one miss in Game 4 of the 2019 East finals, Drake was seen laughing and pointing at Antetokounmpo while Raptors fans cheered in celebration.

Antetokounmpo shot a career-low 63.3% from the free throw line during the pandemic-shortened 2019-20 season, but there was no crowd hazing allowed in the private NBA bubble where the season was completed. Antetokounmpo made 68.5% of his free throws this regular season, which was the 10th-worst mark in the NBA.

“I just try to do my routine,” Antetokounmpo said. “And part of my routine is breathing and catching my breath. I’m not saying nothing to nobody. Who should I say something to? The referee? Why don’t you pass me a second early, like I wanted the ball? That’s not who I am. That’s not me. I focus on what I’ve got to do. I focus on myself. I focus on the task. And if he gives me the ball one second earlier, I’ve just got to adjust and find a solution, how can I make the free throw?”

The Antetokounmpo taunts were sparked in Game 1 of a first-round playoff series against the Miami Heat as he was called for a 10-second violation for taking too long at the free throw line. Once the series switched to Miami for Games 3 and 4, Heat fans cleverly counted when he shot his free throws. Perhaps Antetokounmpo’s poor free throw shooting was the only satisfying part of Miami being swept by the Bucks.

Brooklyn Nets fans took the torch from Heat fans during the second round of the playoffs, using the scoreboard as a timer. Hawks fans continued the tradition of heckling “The Greek Freak” at the line in the East finals. Antetokounmpo’s free throw shooting woes received more attention in the Hawks’ 116-113 Game 1 win after the NBA stated in its two-minute report that he should have been called for 10-second violations on both free throws he made with 5.3 seconds remaining.

Suns fans were eager to join the fun on Tuesday as they counted from the moment Antetokounmpo shot the first two free throws of the NBA Finals 16 seconds into the game. Suns fans even counted while he practiced his free throws during halftime. 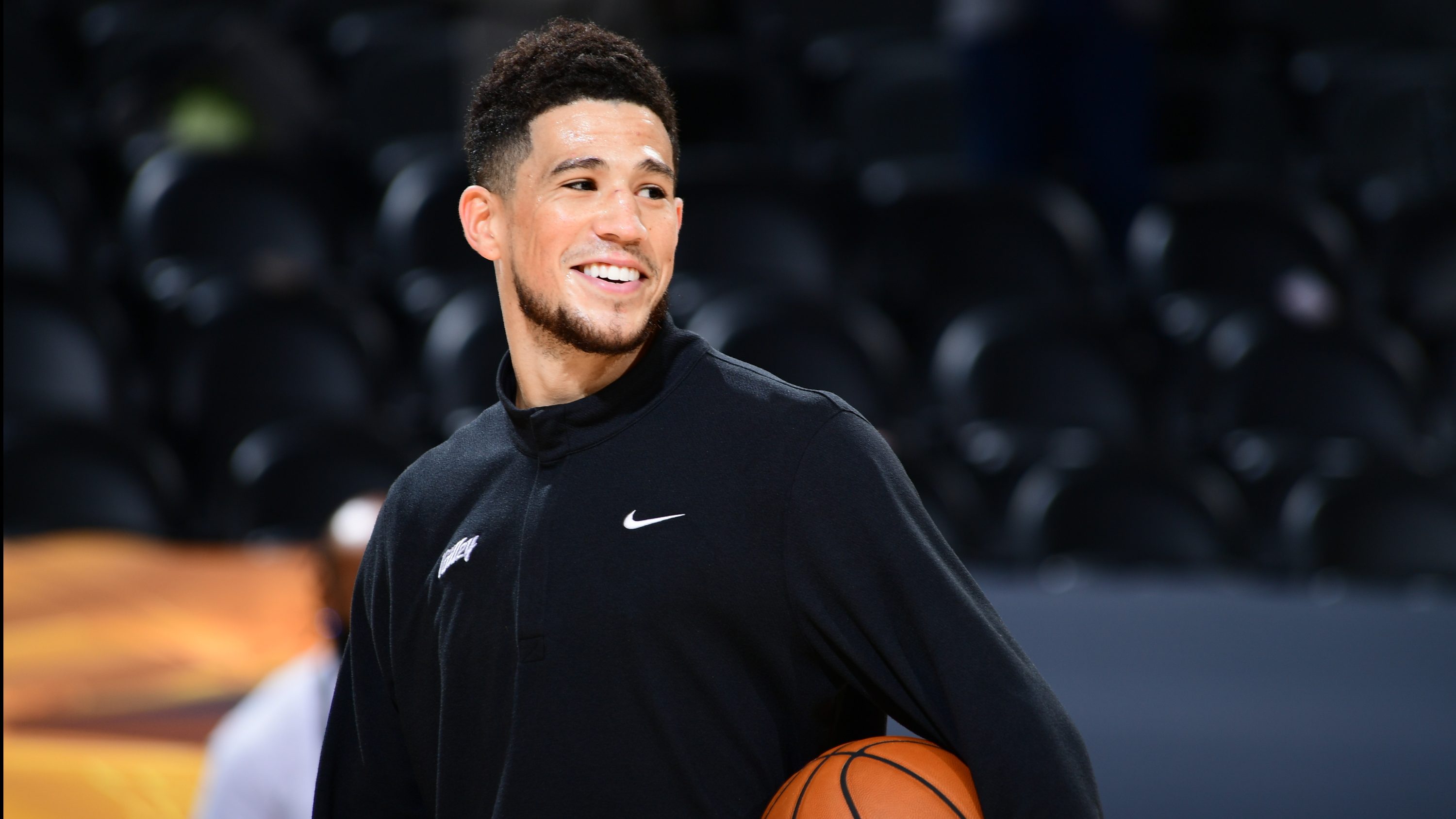 “At the free throw line, he’s been going through that for, I would say, a couple years now,” Bucks All-Star forward Khris Middleton said. “The counting has been going on since this playoffs. I don’t think it bothers him at all. He knows what he is going to go through at the free throw line. I think he’s a professional. Stays calm, cool, collected and stays with his routine.”

Perhaps the hazing from opposing fans is also a sign of respect for Antetokounmpo. The five-time All-NBA selection does so much that opposing fans are certainly going to try anything to help their beloved team against one of the greats of the game. But there is one way for Antetokounmpo to stop the counting chants: make his free throws. 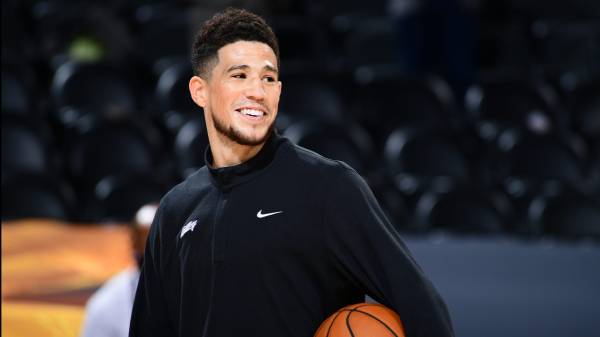 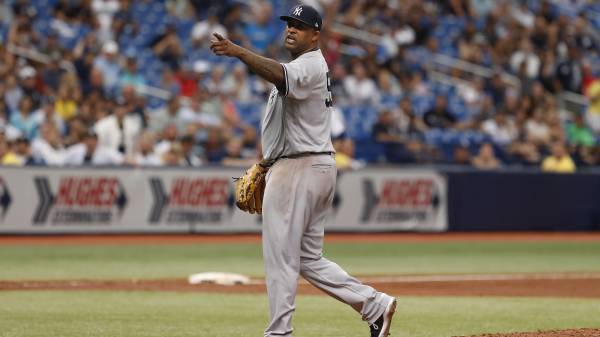 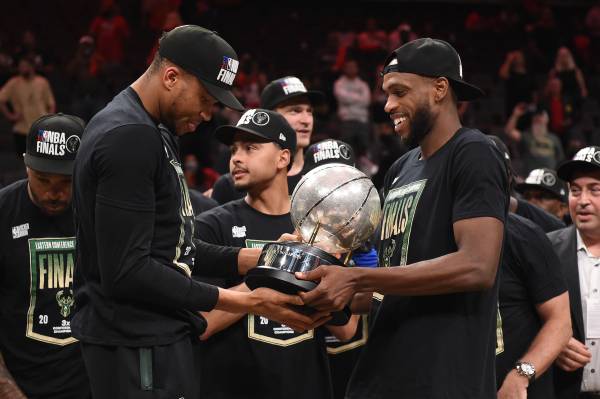 From #Bucksin6 to winning in six: The Bucks’ path to the NBA Finals Read now

“I’ve learned to embrace it. Like, I know it’s not going to stop,” Antetokounmpo said. “You know, at the end of the day when it keeps going, like, it fades away. You know, there’s times that the first free throw I hear it, but the fifth one, sixth one, I’m not hearing no more and I’m just focusing on what I’ve got to do and my routine.”

‘Another Act’: Taylour Paige describes her breakout role in ‘Zola’ Also, the actor-dancer reveals how she will choose projects from now on

Stephen A. Smith: “I count on the Lakers to fireside Frank Vogel” if this…

Is Cincinnati’s Desmond Ridder a first-round QB in 2022?