Democrats Are Bringing Back Segregation 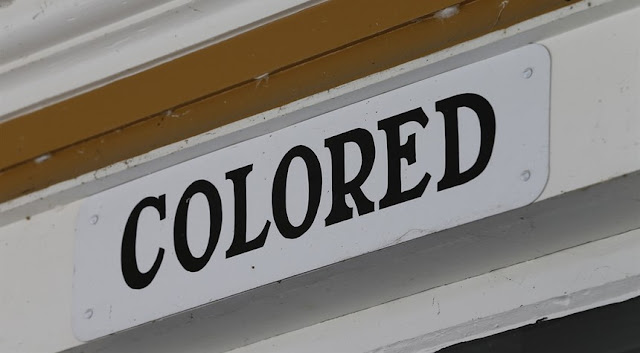 New York City Commissar Bill de Blasio has thrown down
the COVID gauntlet. He recently mandated that the unvaccinated will not be
allowed to eat indoors, go to a gym, or enjoy a live performance. According to
Dr. Drew Pinsky, that means mostly black folks and Latinos will have to stay at
home.

Pinsky calls this the modern segregation.

The
CDC reported today that only 28.4% of the black community have received the
Covid vaccine. With states like CA and NY mandating vaccine passports to enter
restaurants and businesses, the black community would be most affected by this
modern day segregation

Pinksy didn’t supply a link to back up his claim that
only 28.4% of black people have been vaccinated.

The people who responded to this tweet ranged from
virtue-signaling white people to black people who remain indignant about
“modern day segregation.”

FACT-O-RAMA! Lefty news tried to suggest that Trump supporters are leading the charge
against the vaccine, but it turns out black folks are the least likely to bend their knees
and raise their sleeves. They also tend to vote Democrat. Latinos are reticent,
too. 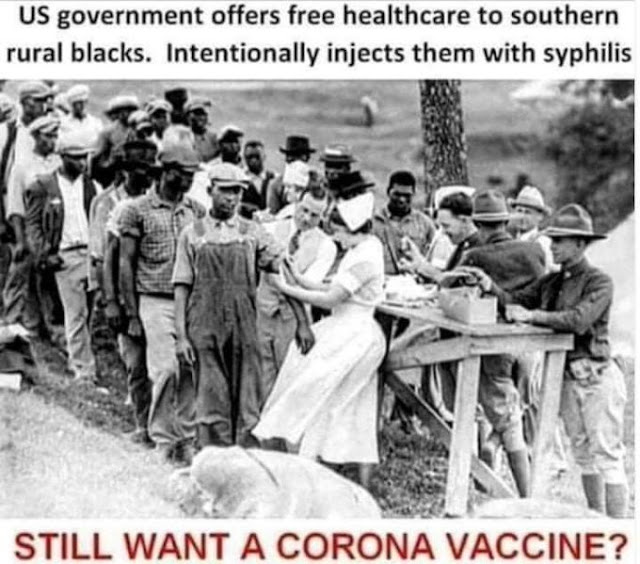 Many lefties, perhaps even de Blasio, don’t seem to
understand why many black people aren’t keen to get the shot. Weird what
happens when the country injects syphilis into 400 black guys to “see what
happens.”

Or when Puerto Rican women are duped into playing guinea pigs
with experimental birth control pills.

If black and brown people choose not to get vaccinated,
and thus can’t go into a restaurant, is it segregation? Are non-vaxxers
choosing to be outcasts? No. If the vaccine and masks work, why does de Blasio
care if people are vaccinated? This isn’t about keeping people safe–it’s all
about control. If the China flu is so dangerous that de Blasio won’t eat a
burger next to the filthy, unvaccinated masses, why is his president allowing
hundreds of thousands of illegal immigrants, many of whom are COVID positive,
into the United States and then spreading them around the country like human
parmesan?

I’m okay with business owners who demand a vax pass to
enter their restaurant. That’s their choice, not the government’s. I was also
okay with someone choosing not to bake a wedding cake for a gay couple due to
the bakery owner’s religious beliefs. I’m okay with a Muslim woman (or any
woman) not wanting to wax a transgender lad’s lady-stones. If a business
chooses to remove half of the population as potential clients, that’s on them.
The government segregating the vaxxed from the non-vaxxed, when the science
tells us COVID likely won’t kill us, is discrimination.

An article from the National Institutes of Health
(NIH) U.S. Library of Medicine asks the question, “What are
your chances of dying if you catch the coronavirus?” Then it proceeds to not
answer the question. It does mention that 16% of people over
90 will die. It mentions it twice. The rest of the article tells us they don’t
know the answer. Actually, they do know the answer. Your odds
of dying are low if you’re not really old, not really fat, and not really ill.

The truth is that the Delta variant is causing far
fewer hospitalizations and deaths than other variants. Everyone
knows it, even Commissar de Blasio. His mandate requiring a vaccine pass to eat
at the Hard Rock Cafe isn’t about safety, it’s about punishing those that won’t
bend a knee.

Ripple (XRP) founder slams US SEC over its crypto ‘clarity’

Jan 25, 2022
Prev Next 1 of 3,663
Donate
Subscribe to our newsletter
Sign up here to get the latest news, updates and special offers delivered directly to your inbox.
You can unsubscribe at any time