Capturing the Caribbean island of Curaçao in all its quiet beauty – • 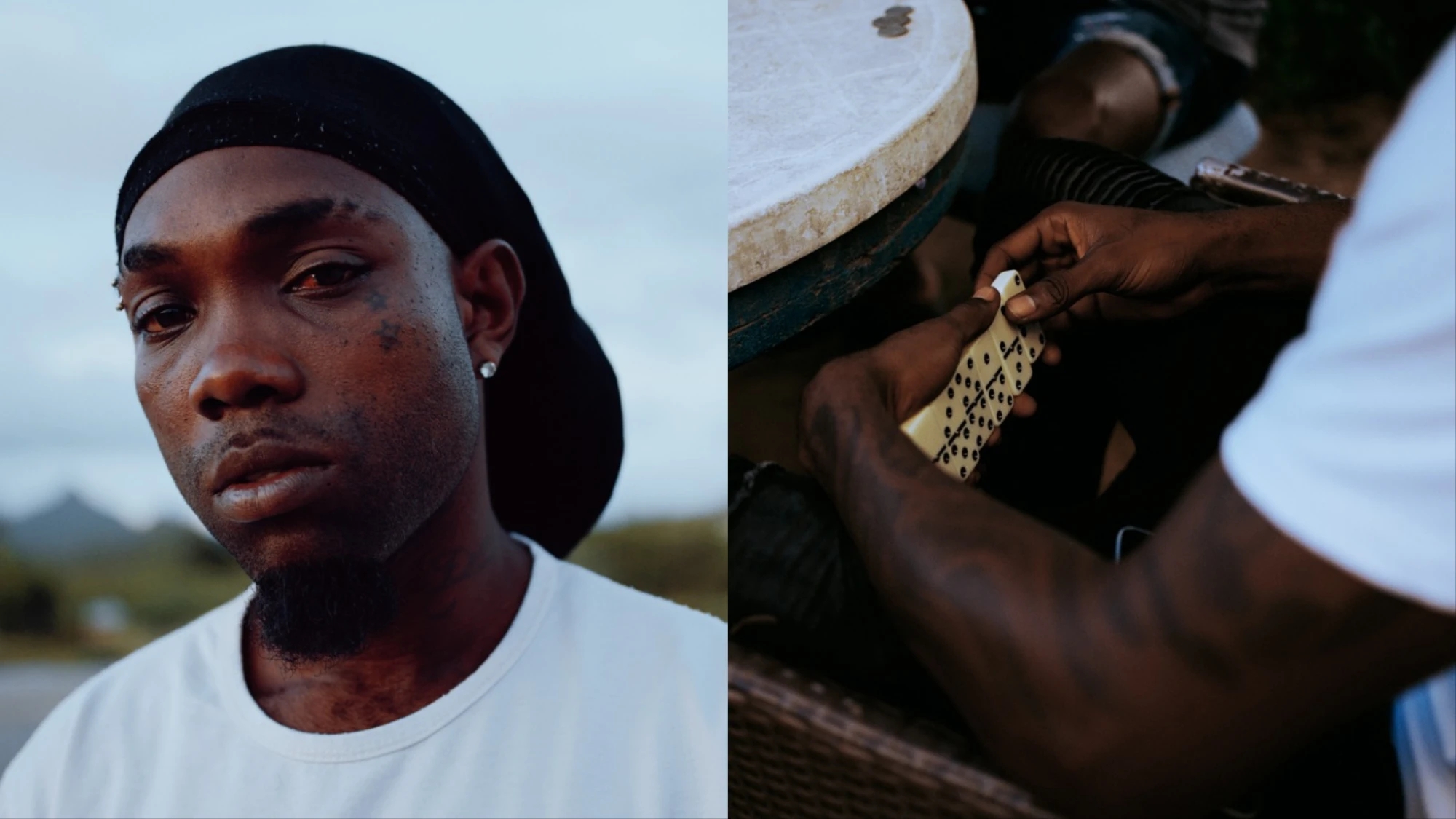 A report by Rolien Zonneveld for i-D Vice.

Our thanks to Peter Jordens for bringing this item to our attention.

Photographer Gilleam Trapenberg went back to his native island to document a place beyond holiday resorts, pink-hued skies and white sandy beaches.

In the Southern part of the vast Caribbean Sea, just off the coast of Venezuela, lies a small island group not as widely known as its neighbours. It’s the ABC-islands – made up of Aruba, Bonaire and Curaçao – and each tops the other one in terms of its splendour. From sandy white beaches and waving palm trees, to flamingoes, beach resorts and coral reefs – at first glance all three islands fall nothing short of Arcadia. Upon closer examination, however, cracks start to appear. Beyond those touristy waterfronts, houses have fallen into disrepair, nondescript real estate has started to encroach, and an infrastructure of a once flourishing industry is laying bare and unused.

Just like many islands in the region, this group was once a strategic transit port for the trans-Atlantic slave trade. As a result, it has always been a crossroad of influences, be that from enslaved Africans, indigenous communities or colonial powers – leaving deeply entrenched cultural, political and economic traces to this day.

Photographer Gilleam Trapenberg (1991) was born and raised in Curaçao. Driven by a lack of educational opportunities, at age 19, he decided to come to the Netherlands to study photography at the Royal Academy of Arts in The Hague. It’s something many youngsters on the island do: crossing the Atlantic to pursue a higher education in the Netherlands – the island’s former coloniser – with whom it has strong ties to this day. Once arrived, a large portion of the Caribbean students find themselves facing culture shock and a feeling of displacement.

For Gilleam this too was the case. The longer stints he spent in the Netherlands, the more the photographer found himself longing for home. “I really started to feel homesick,” he explains. “When I thought of Curaçao these memories of an everlasting holiday came up – days filled with fishing, swimming, sailing.” It started to reflect in his photography; picture-perfect, dreamy landscape images kept bleeding into his work. “It honestly started to feel like I was in a long-distance relationship with the island, in which I started to romanticise it as time went by and distance grew,” Gilleam explains. “I would be photoshopping the aquamarine colours of the ocean, and even the grains of sand had to be neat. I just wanted to portray Curaçao as this perfect Caribbean island.” 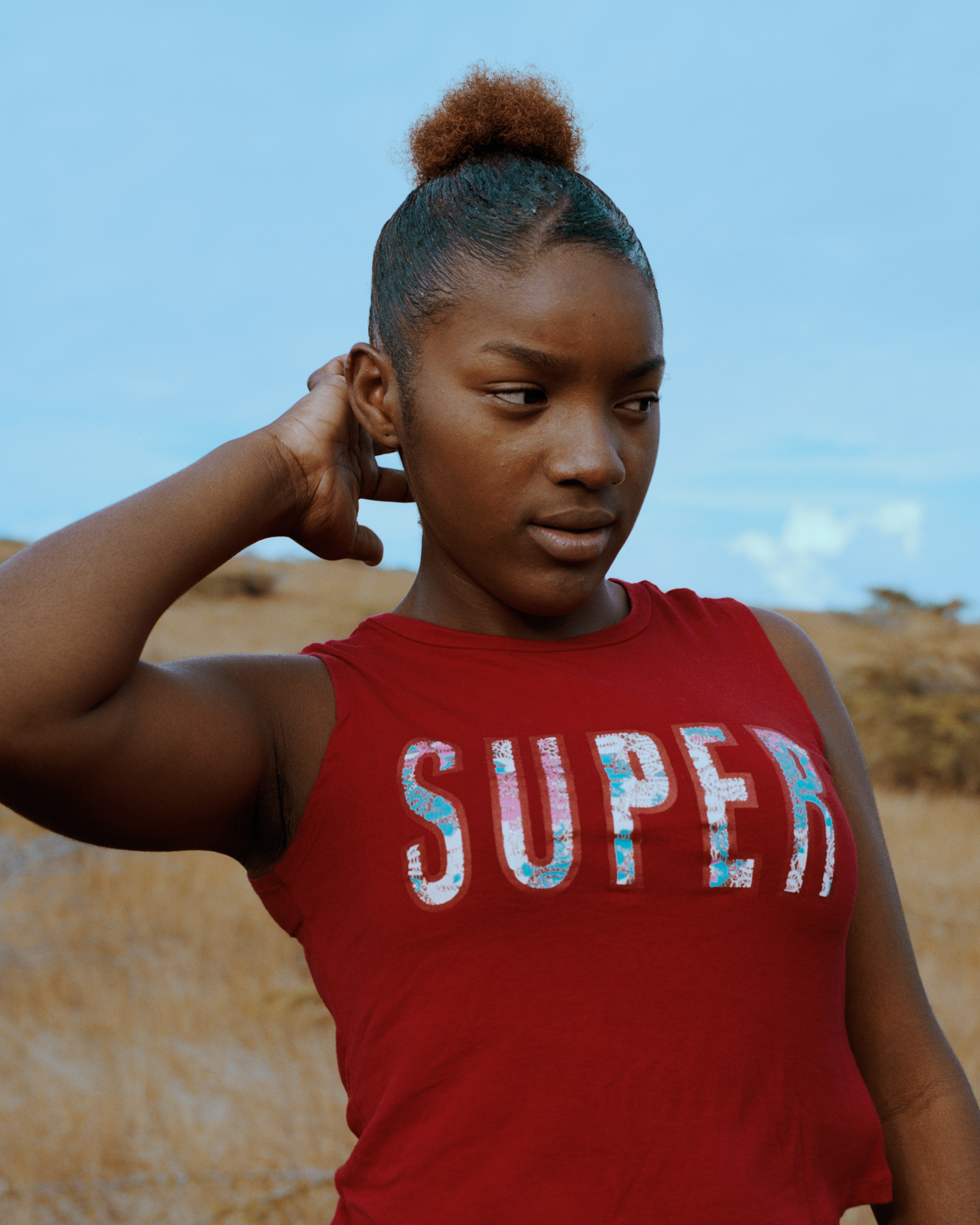 In 2017, he graduated with his series Big Papi, in which he examined masculinity and representation against the social landscape of the Caribbean with Curaçao as a focal point. The series was critically acclaimed – landing him not only numerous publications and art funds but also (group) shows in prestigious art spaces. This encouraged him to further explore representations of the island’s national identity.

Take his ongoing series This surely must be paradise (2020) for example, in which he documents the multifaceted daily life behind the exoticised image of white sandy beaches, dazzling golden sunsets, and tourist attractions. The series, which was part of a group show in the Stedelijk Museum Amsterdam last year, include portraits of a couple embracing on the beach, high-school students, a woman worker he encountered in a hotel patio, alongside photos with visual details and overviews from the surrounding environment.ADVERTISEMENT

Over the last few years Gilleam has spent more time on Curaçao and its neighbouring islands, and the nostalgic lense he once gazed through, seems to have disappeared. “It took me a while but I’ve finally realised that what makes this island so unique is its rawness. For the first time I felt like I wanted to completely stay away from beach-related tropes, and instead capture the island’s brown shades, so to say, instead of the glossy colours that you find in travel brochures.” 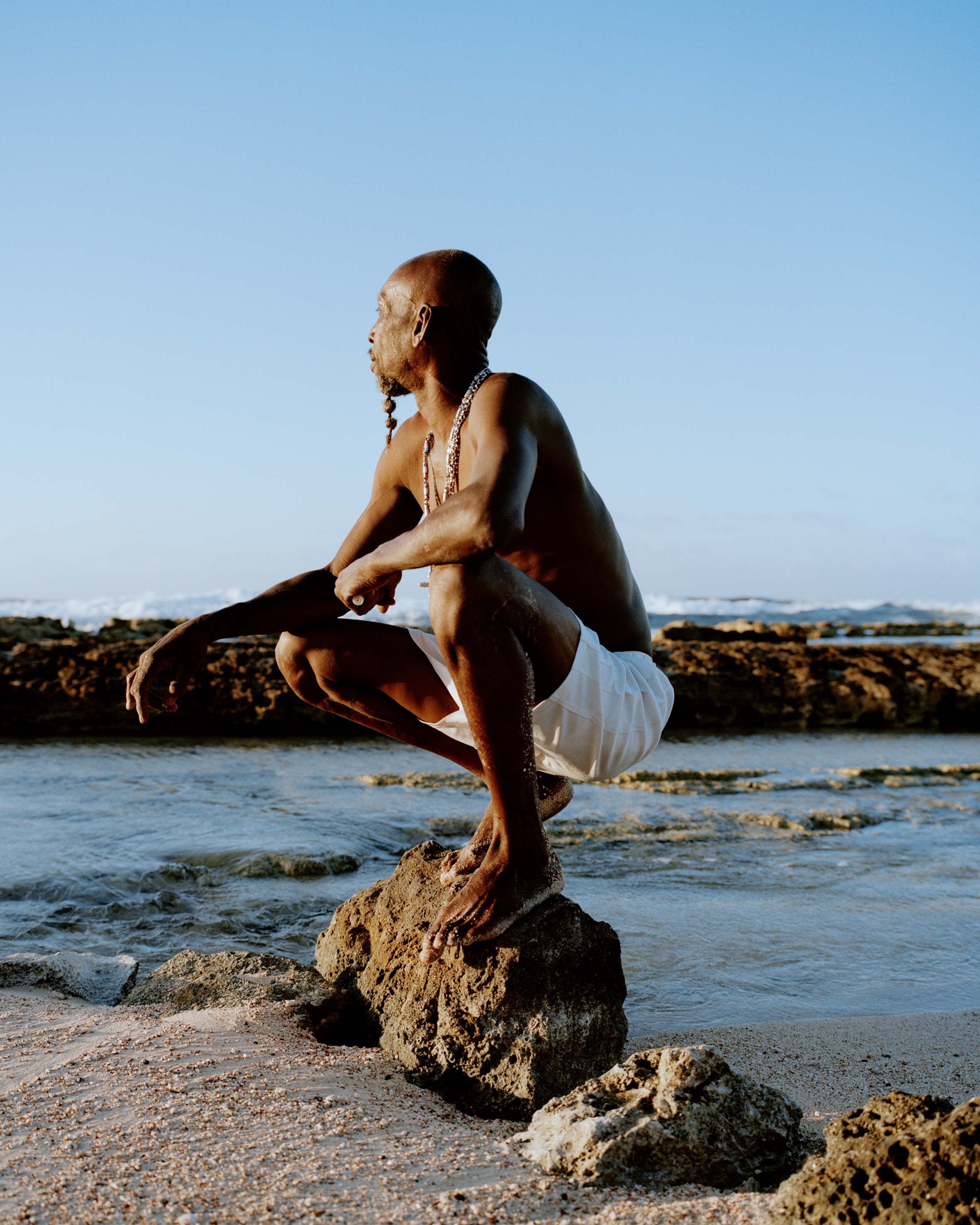 What has emerged is a body of work which could be best described as a peek behind the curtain of an intoxicating, tropical dream. This time around, rather than alternating portraits of locals with pink-hued vistas and dusky ocean scenes, Gilleam has taken his camera inside the islanders’ homes – observing and capturing quiet details that tell a much bigger story. An overview of this work, titled Unbé t’aweró [meaning ‘Soon it will be later’ in Papiamentu – the creole language spoken on the island] is now on display at Foam, the Amsterdam museum for photography.

“One of my favourite images from this new series is of two kitschy peacock statues in a window sill. If you look closely you see that a shutter behind is missing. This to me is a detail of great significance: it tells something about the current state of the island. Keeping up outer appearances is of huge importance to the inhabitants and broken windows are considered to be one of the first signs of poverty.” According to Gilleam, the missing window shutter is an indication that the island is struggling at the moment. He explains how in 2010 a referendum went into effect which led to the dissolution of the Netherlands Antilles. Curaçao became a constituent country within the Kingdom of the Netherlands, with the Kingdom retaining responsibility for defence and foreign policy. While in practice this should have meant a new chapter for the island, in which it would assume more independence, the opposite occurred. “To me it is as if the island has come to a standstill – as if all these expectations we had of the new political situation were idle.ADVERTISEMENT

He’s quick to add that while the series hints at the current state of the island, he doesn’t consider it to be a political or activist work. Rather, it’s an honest portrayal of the many facets that make up the island – some of them he finally is coming to terms with. “I now realise that some aspects, like for example the colonial, once-fashionable decors that I used to skirt around in my work, are in fact very much part of the Curaçaon culture.” But also those mundane ‘in-between’ moments that he used to leave out of his work, are now coming much more to the forefront. “Previously I felt the need to capture theatrical moments, such as the carnaval and boys doing wheelies, in order to tell the story of the Caribbean. But now I feel like I’ve finally gotten to the core of my practice – my imagery doesn’t have to be romantic or nostalgic anymore, and as such, it isn’t as exocitising.”

Unbé t’aweró therefore feels like a natural third installment in his work – one which not only indicates a new approach, but also feels like a coming-of-age. An ode to an island forever in flux, just like the photographer himself. 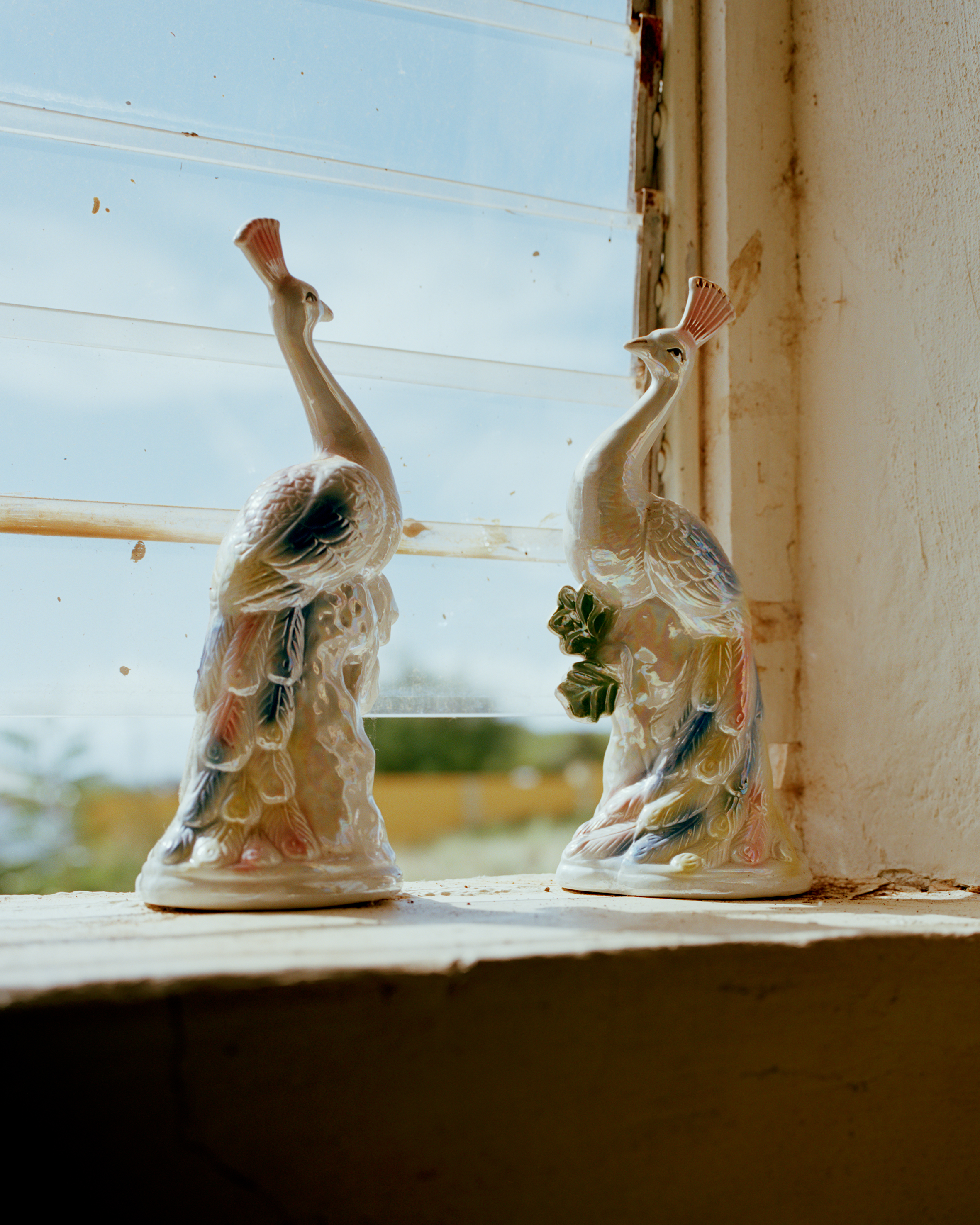 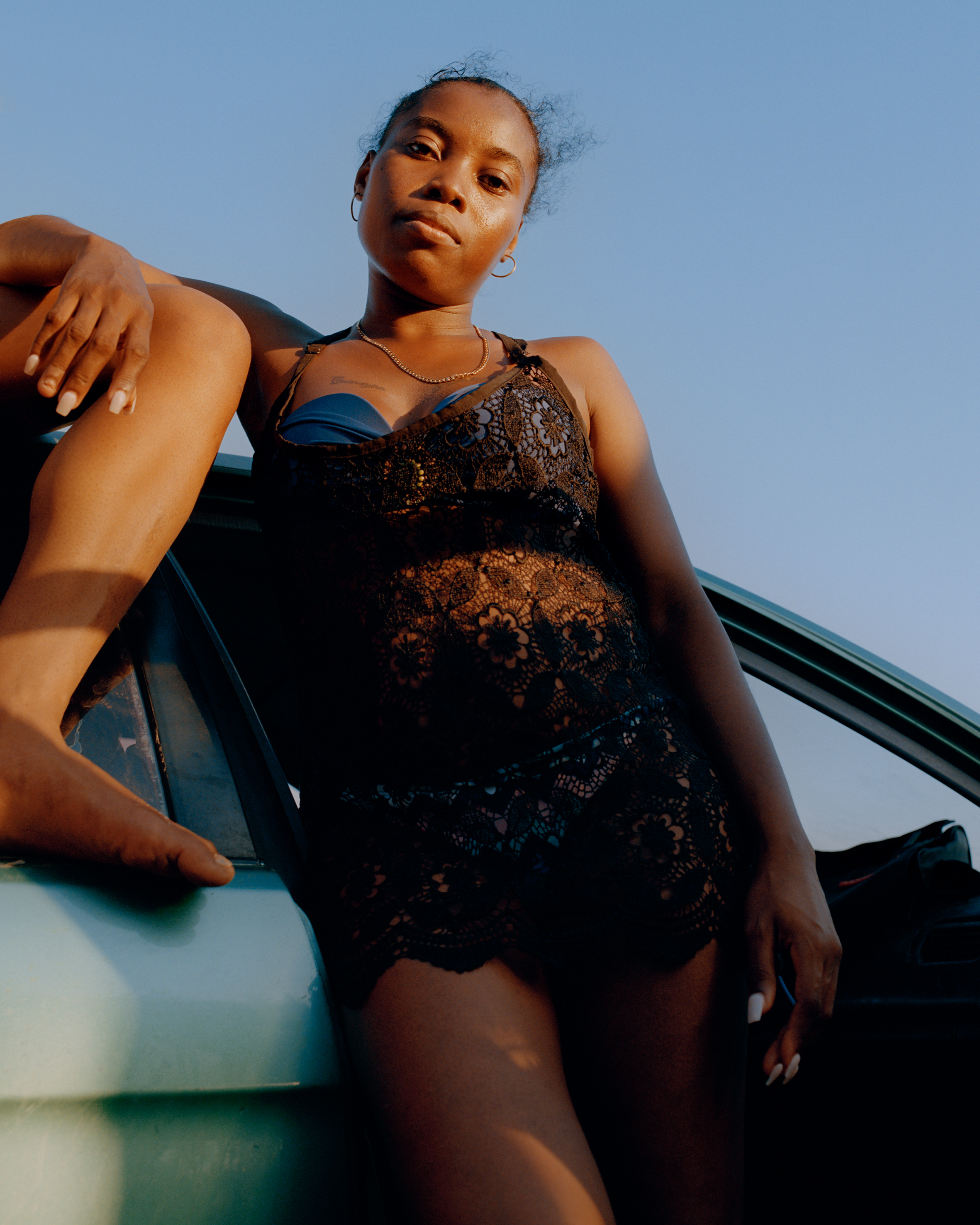 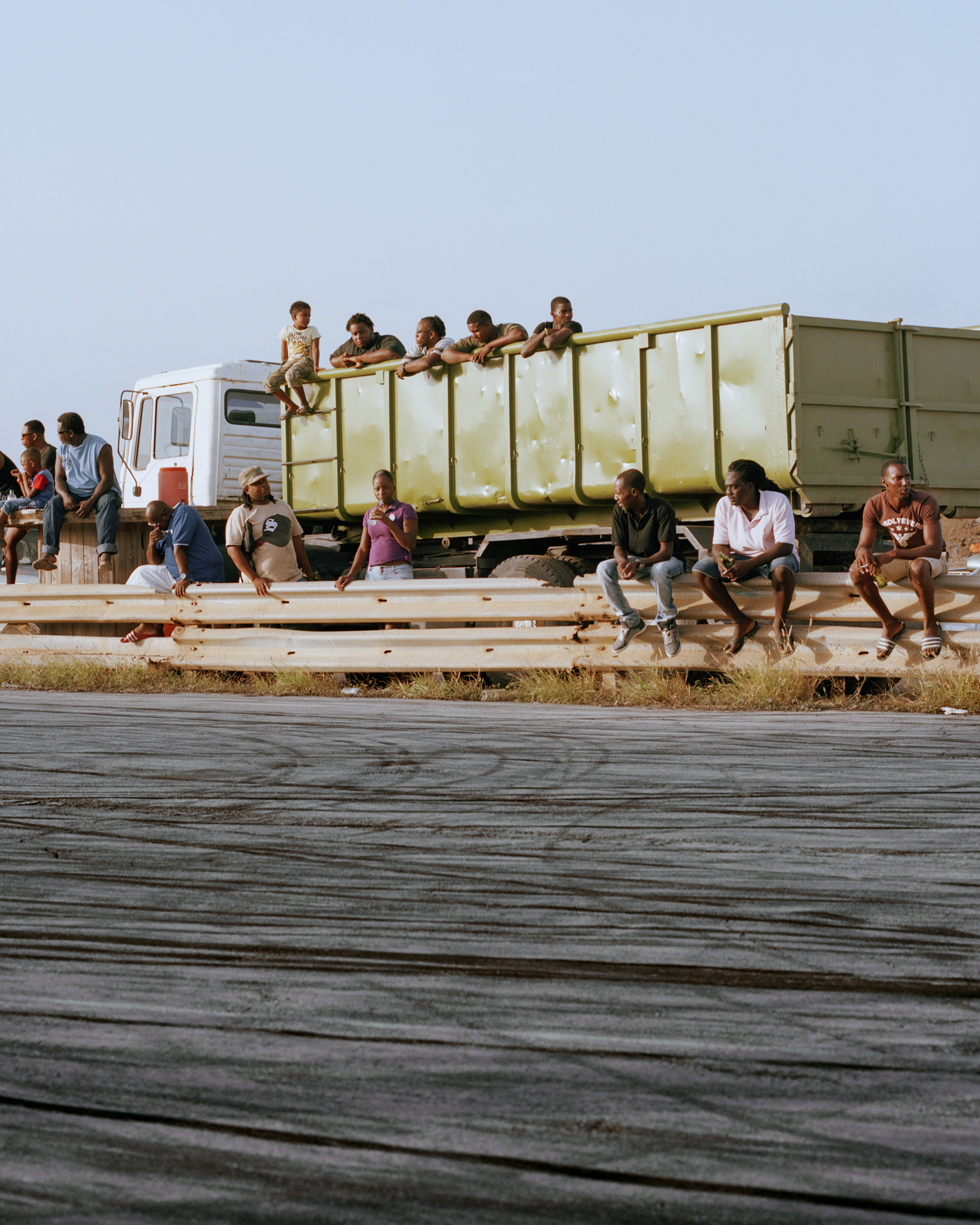 This Caribbean Queer Activist Offers Voice to an Underrepresented Group – •