BIRMINGHAM, Ala. – Why not us?

That was Jackson State coach Deion Sanders’ answer to a plethora of questions when asked about the upcoming Southwestern Athletic Conference (SWAC) football season at the league’s media day.

Since Sanders’ arrival in Jackson, Mississippi, in the fall of 2020, his message has always been to push football at historically Black colleges and universities to the next level and make his players better men on and off the field.

“The biggest thing for the [SWAC] is visibility. I see a plethora of kids that can play at the highest level. I think in the last five years, how can only 12 guys be drafted from SWAC,” said Sanders.

Sanders, his son, freshman quarterback Shedeur Sanders, and linebacker Nyles Gaddy from Jackson State were among the coaches, players and conference officials at the media day, touting the league’s new 12-team alignment and the competitive quality of play expected this fall. 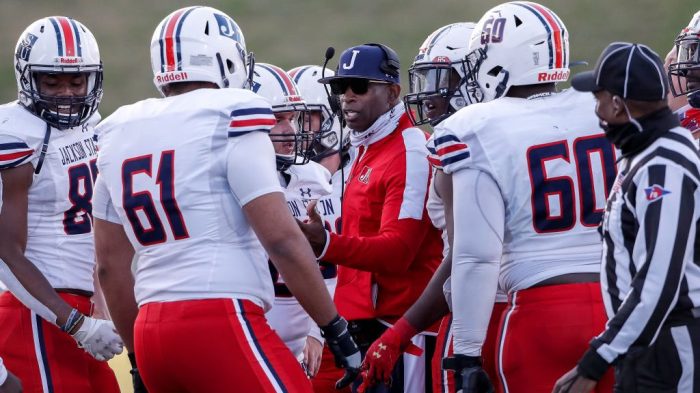 Though all eyes were on Sanders, his Jackson State Tigers were picked in the preseason polling to finish third in the SWAC’s East Division. Alabama A&M, which won the league’s spring title, was tabbed to win the East, followed by newcomer Florida A&M. Alcorn State, which did not play in the spring season, was picked to finish in first place in the SWAC West Division, ahead of Southern and Grambling State.

Sanders’ coaching career at Jackson State has been on a bigger-than-life stage, debuting with his first game in February with an appearance from former Dallas Cowboys teammate Troy Aikman, then winning 53-0. But much of the spring season was spent trying to acclimate himself, his staff and players to winning tough SWAC games and being in the media spotlight. He completed his first season 4-3, and many of his words last season were an indication of his expectations this season.

“We have emptied out some things. We have discarded some things. We have set a standard,” said Sanders. “You will see the biggest change everywhere. There is no particular position, and we’ve upgraded everything, and we pray to God that you see the fruit thereof, even kicking the game.”

Sanders often said that his recruiting class was crucial to the start of this season. The initial recruiting class had 30 prospects, including nine transfers from the Power 5 schools. It was considered the highest-rated signing class in program history.

Two transfer players expected to see lots of playing time are Javorrius Selmon and Gaddy, the first SEC recruits to commit to play for Sanders’ team.

“It was hard to sit back and watch play without me on Saturday,” said Gaddy. “It is a blessing to being able to play and makes you think about a lot of stuff. I was sitting on the opponent’s sideline and talking trash about the wins we were going to take.”

Much of the national attention was placed on Sanders’ youngest son’s arrival on the campus. The coach did announce that Shedeur Sanders will be the starting quarterback to begin the season. Sanders’ oldest son, Shilo, a transfer from South Carolina, will also be on the team as a cornerback.

“I have only one expectation, and that is to win,” said Shedeur Sanders. “My thing is to win and feed everyone the ball. Our offense has a lot of weapons for the upcoming season.” 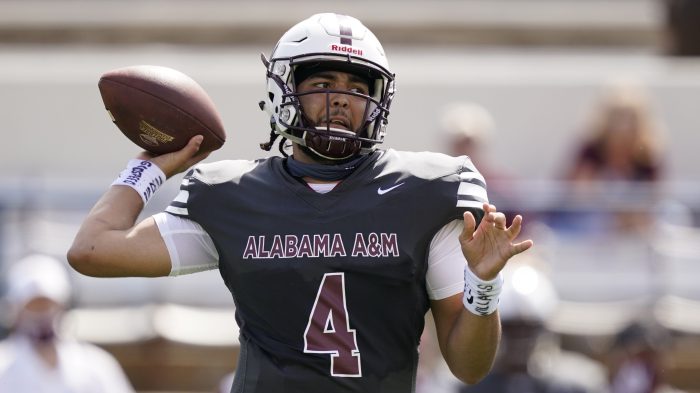 Much of Sanders’ coaching staff has experienced winners on high school, college and the NFL levels. Before the season, his coaching staff attended a virtual clinic with the brightest minds of the game, including former Florida State coach Willie Taggart, former Cowboys coach Jason Garrett and Kansas City Chiefs offensive coordinator Eric Bieniemy. 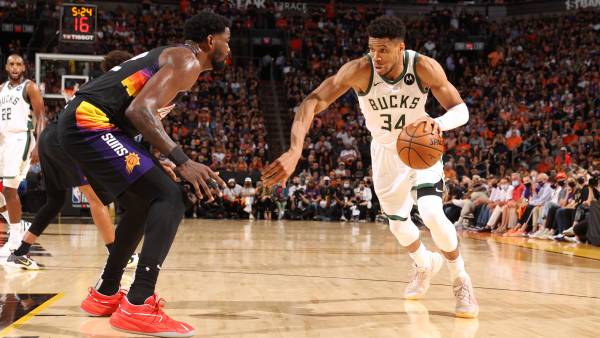 Jackson State opens the season against Florida A&M on Sept. 5 in Miami Gardens for the Orange Blossom Classic, followed by a Sept. 11 matchup against Tennessee State and first-year coach Eddie George.

Calvin Sykes is a graduate student in sports science at Florida Agricultural and Mechanical University (FAMU) in Tallahassee, Fla. A native of Miami, Sykes was the sideline reporter for the Florida A&M Rattlers football from 2018-2020, program director for the school’s radio station WANM FM 90.5, and has written for HBCU GameDay.

This warehouse employee grew to become the face of a union push at Amazon. She’s…

Solange launches a library for uncommon books by Black authors