Approaching the last day of the Tokyo Olympics, I realized that I hadn’t seen a minute of boxing which — back in 1976 on a team that featured Sugar Ray Leonard, Howard Davis and the Spinks brothers (Michael and Leon) — made me fall in love with the world’s biggest international sports competition.

Not my fault — I had 99 Olympic channels, but boxing never appeared to be on one.

Until early Sunday morning when, with no other events scheduled, I stayed up to 3 a.m. to watch Americans Richard Torrez Jr. (super heavyweight) and Keyshawn Davis (lightweight) earn their silver medals.

Credit to Tokyo for pulling off the delayed pandemic games, which appeared at risk of cancellation in the days leading up to the opening ceremony. We were introduced to four new sports (skateboarding, sport climbing, karate and surfing), and new disciplines of existing sports (3×3 basketball, BMX freestyle and mixed-gender events in track, swimming, mixed pistol and rifle competitions on the shooting range, mixed judo and mixed table tennis).

From the star-studded USA teams that won gold in men’s and women’s basketball to Katie Ledecky’s continued dominance with four swimming medals to gymnast Simone Biles overcoming the “twisties” to win bronze on the balance beam, everyone has their favorite Olympic moments.

I have my own personal best of the 2020 Tokyo Games moments, and this is my list.

For my 58 years of watching Bruce Lee, Jim Kelley and Sho’nuff destroy opponents in karate flicks, my assumption of the discipline was that you won by taking your opponent out.

So the deduction, after seeing Iran’s Sajad Ganjzadeh get knocked unconscious by this perfectly placed kick from Saudi Arabia’s Tareg Hamedi, was that it was the perfect way to end a fight.

Hold your celebration. The rules in Olympic karate state that fighters can’t fully follow through on their blows.

Hamedi — who was leading 4-1 in points in the match — was disqualified when Ganjzadeh failed to get up. Ganjzadeh learned of his gold medal when he woke up in the medical room.

It’s hard to understand why, in a contact sport, the man who dominated a gold medal match was penalized for performing his craft to perfection. In the world of sports, where athletes often feign injuries, what’s to stop fighting a losing match to take a dive?

Hamedi, while hurt by not winning the gold he seemingly earned, has no regrets.

“I am satisfied with the level of performance I gave, and I accept their decision,” Hamedi said after the fight. “I think I played well. That’s all I can say.”

Sifan Hassan, the Ethopian-born middle and long-distance runner who represented the Netherlands.

It’s not even close.

Hassan became the second woman to earn a medal in three individual track races at one Olympics, and the first athlete to win three Olympic medals covering 10,000, 5,000, and 1,500 meters.

What makes Hassan so great is the way she did it.

One of the most memorable moments of these Olympics was Hassan being tripped early in a preliminary heat of her first event, the 1,500, and picking herself off the ground and going on to win the race.

Hassan would win bronze in the 1,500 final, claim gold in the 5,000 before capping her Olympics with a spectacular final lap in the 10,000 to win gold.

The heat Hassan ran for the 10,000 gold was her sixth race in eight days, covering 65 laps and 24,500 meters that were often run in hot and humid conditions. An amazing stretch for a runner who left Ethiopia in 2008 and moved into a shelter for asylum seekers in the Netherlands.

When it comes to analysis for track and field, the NBC crew of Sanya Richards-Ross, Ato Boldon, Leigh Diffey, and Lewis Johnson is a dream team. But in terms of having the ability to tackle all sports, comedian Leslie Jones, unofficially working her second Summer Olympics, is the greatest of all time.

Who but Jones is versatile enough to offer critiques of athletes as they posed during introductions, and admiring of the way a British swimmer relaxed between events by knitting?

Apparently, based on one of Jones’ tweets, some of her posts were pulled due to trademark infringement. NBC would be smart to just leave her posts be for the Tokyo Games (they probably brought attention to some sports that people didn’t care about). Give Jones her own social media show for the 2024 Games, I say.

Each time I saw the Team USA athletes step up to the medal stand in their crisp white medal warm-ups, I thought: Where can I cop that gear?

I’ll still be in the hunt for those USA warm-ups. But the gear rocked by the entire Kenya team, including men’s marathon winner Eliud Kipchoge, was fire.

Easily, 3-on-3 basketball or, to be technically correct for the Olympics, 3×3.

I’m biased, having played in Hoop It Up tournaments over the years from Washington, to Virginia to Dallas. Unlike in full-court games, you can’t have a weak link who occasionally takes a possession off. But there’s a certain grind and physicality and strategy to a 3-on-3 game, best described by ESPN play-by-play announcer Mark Jones: “No death certificate. No foul.”

Thank goodness these Olympics were delayed a year, because that let Las Vegas Aces guard Kelsey Plum recover from an Achilles tear she suffered last June. Plum hit the game winner in the gold-medal game and proved she’s built for 3×3.

But Plum shined because all of her teammates performed their roles to perfection. So shout-out to Plum, Allisha Gray, Stefanie Dolson and Jackie Young, who formed one of the most impressive 3×3 teams I’ve ever seen.

Most Impressive Athlete I had never heard of

Aditi Ashok is the No. 200th-ranked golfer in the world, so there’s a reason I never heard of her before the Games.

But Ashok, riding an accurate putter, worked her way near the top of the leader board through all four rounds of the women’s golf tournament eventually won by Team USA’s Nelly Korda (17 under). Ashok finished fourth, just two strokes behind Korda and just shy of a bronze medal, with a four-day total of 15-under 269.

If tournament participation was based solely on world rankings, Ashok would not have qualified for Tokyo. But the goal of the tournament was to expose the sport to as many people as possible, which Ashok accomplished by becoming the top trending Twitter topic in India, a nation of 1.3 billion people.

Mutaz Essa Barshim of Qatar and Gianmarco Tamberi of Italy matched each other jump for jump in the high jump, and then missed their next attempt at the increased height. That’s when they were approached by an official about plans to continue.

“Can we have two golds?” Barshim asked.

The hesitation from the official raises the question of whether he was authorized to answer at that moment.

As the official went on to try to explain, Barshim and Tamberi made their own decision to share the gold, setting off a wild celebration.

Two friends decided to share an ultimate achievement when one of them could have said, “let’s keep jumping.” 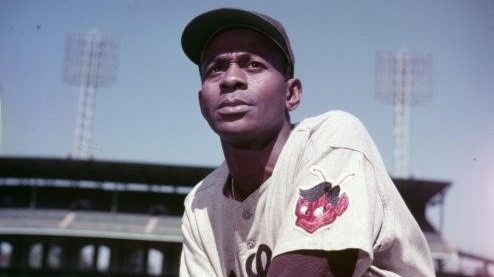 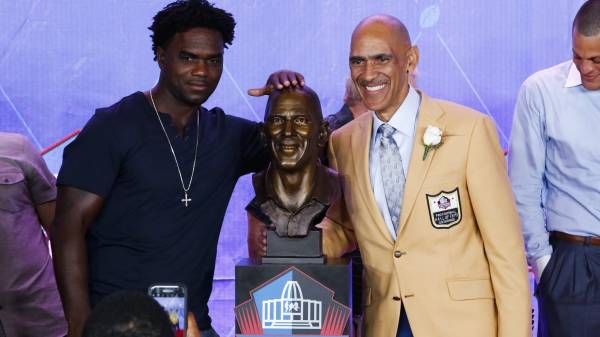 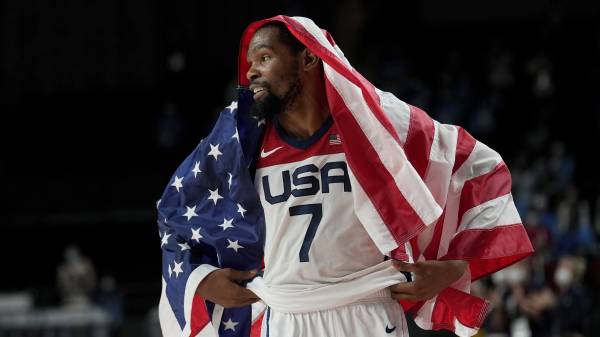 Jerry Bembry is a senior writer at •. His bucket list items include being serenaded by Lizz Wright, and watching the Knicks play an NBA game in June.

50 years ago, Major League Baseball stumbled before inducting Satchel Paige into the Hall of Fame — •

Steve Nash on Nikola Jokic: “He is an MVP for a purpose. He is…